Markets regulator Sebi has ordered SPNJ Land Project and Developers India as well as its directors to refund the money raised from investors through illegal schemes in three months. 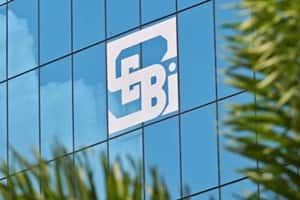 Mutual fund trade body, Association of Mutual Funds in India (Amfi) will soon meet markets regulator Sebi to discuss the commission disclosure rule for distributors. For the past few weeks, there has been protest from various distributors and independent financial advisors (IFAs) to roll back the rule that mandates fund houses to disclose the commissions paid to distributors in their consolidated account statement (CAS) sent to investors.

Markets regulator Sebi has ordered SPNJ Land Project and Developers India as well as its directors to refund the money raised from investors through illegal schemes in three months.

The company and its directors — Raj Kumar Banerjee, Dolly Banerjee and Mausami Banerjee — have also been barred from the capital markets for four years.

The company was running a collective investment scheme (CIS) without obtaining a certificate of registration from Sebi.

A Securities and Exchange Board of India (Sebi) probe found the firm had solicited at least Rs 13 crore from 40,000 investors under its scheme for developing plots of land through various investment plans.

In an order, Sebi directed the company and its directors to “wind up the existing CIS and refund the money collected by the said company under the schemes with returns which are due to its investors… within a period of three months.”

Thereafter, the firm has to submit a winding up and repayment report within 15 days, including the trail of funds claimed to be refunded, bank account statements indicating repayment to investors among others.

In addition, they have been barred from selling any assets of the company, except for the purpose of making refunds to its investors.

In case they fail to comply with the order, Sebi said the entities will continue to be barred from the securities market even after the completion of four years of restrictions imposed on them “till all the CIS are wound up and all the money mobilised through such schemes are refunded to its investors with returns which are due to them.”