The apex court admitted I-T department’s appeal to recover R1,058 crore in taxes from the French company for its 2009 purchase of Hyderabad-based Shantha Biotechnics and refused early hearing of the case, saying ‘the matter needs consideration’ 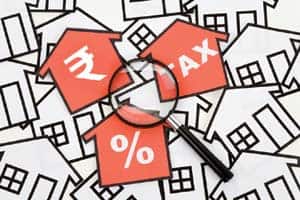 Union Budget 2016-17 will be presented on February 29, 2016. The minimum alternate tax (MAT) levied on special economic zone (SEZ) developers and units in 2011-12 may finally be removed in the coming Budget. (Photo: Reuters)

Though the finance minister has recently hinted at early resolution of tax disputes involving foreign companies in the executive domain, the income-tax department has persisted with its defence in the judicial arena of the 2012 amendments to tax laws validating retrospective tax demands relating to indirect transfer of Indian assets. The Supreme Court on Tuesday admitted the department’s appeal to recover Rs 1,058 crore in taxes from France’s Sanofi for its 2009 purchase of Hyderabad-based Shantha Biotechnics and refused early hearing of the case, saying “the matter needs consideration”.

Sanofi Pasteur Holding SA got a favourable ruling in the case from the Andhra Pradesh High Court in February 2013, sought dismissal of the I-T department’s appeal, saying that the matter was similar to Vodafone’s $2.2-billion tax dispute (the apex court had, in 2012, dismissed the tax demand over the British mobile phone giant’s acquisition of 67% stake in Hutch-Essar in 2007).

In January, the Cabinet decided that any tax relief given by courts or tribunals in favour of the taxpayer for sale of allegedly under-priced shares to their foreign parents would not be challenged by the government. The decision benefitted Vodafone and Shell in two separate cases. However, when it comes to cases involving indirect transfer of Indian assets (where again, Vodafone is facing one of the  highest tax demands), the government is maintaining its stance in the courts.

Also Read
Economic Survey 2023 to be presented tomorrow; what is it? Check time, where and how to watch live
Curbing imports from China: India to be in it for long haul
Developed world hasn’t acted on $100 bn/yr climate finance pledge, multilateral financial bodies need to be transformed: Amitabh Kant
Skill gaps, sustainable financing of social security to top G-20 employment agenda

The Modi government, which has resolved major tax disputes around share transactions of multinational companies and the minimum alternate tax (MAT) demands on foreign portfolio investors, has recently expressed willingness to resolve the retrospective tax demands on entities like Vodafone and Cairn too. Finance minister Arun Jaitley, who is in Hong Kong to meet foreign investors and fund houses, said this week that the government was working on solutions for the legacy of tax disputes it inherited. “It is necessary to resolve these issues as tax uncertainty does not help the investment environment and therefore, we want the entire instability over the taxation matters to be expeditiously resolved,” Jaitley told investors.

Sanofi in 2009 bought a majority stake in SBL in an acquisition valuing the vaccine maker at around Rs 3,800 crore. Sanofi acquired SBL by purchasing ShanH, which owned 80% of SBL, from the Merieux Alliance.

Sanofi’s counsel Alok Yadav while seeking early hearing in the case told the bench headed by justice Anil R Dave that the matter is not similar to the Vodafone tax dispute as claimed by the government (which is heading for arbitration) and it will have major implications on various other cross-border deals.

The case assumes importance as the government has once again questioned the rationale of the Supreme Court’s January 2012 judgement in the Vodafone case. Following the case, the government amended the I-T Act to strengthen the tax demands on indirect transfer of Indian assets.

The Finance Ministry has asked the top court to review the judgments in the Vodafone International Holdings matter and the Azadi Bachao, as both are are in conflict with the decision of a Constitution Bench of five judges in the M/s. McDowell case. The Finance Ministry, requested the apex court to look into “whether a foreign company, which has no business activity except holding shares in an Indian company and which was subsequently converted into a joint venture only for the purposes of holding shares in the Indian company, can be considered as a company with economic substance or can it be ignored being a puppet subsidiary for the purposes of imposing tax liability”.

The bench had then clarified that the limitation period stands extended till the time the stay order granted by it (the apex court) continues to operate.

According to the department, the HC erred in holding that “the case does not warrant for lifting the corporate veil of ShanH and that there is no material to conclude that there is a design or stratagem to avoid tax.”

Sanofi had earlier argued that the case related to the two French companies selling joint venture firm to another company in the jurisdiction of France, which is not a tax haven but has a tax treaty with India.

“There is no dispute on the genuineness of the companies. It’s just about interpreting tax treaty between the two countries and is not as complicated as it sounds,” the company’s lawyer had argued earlier.