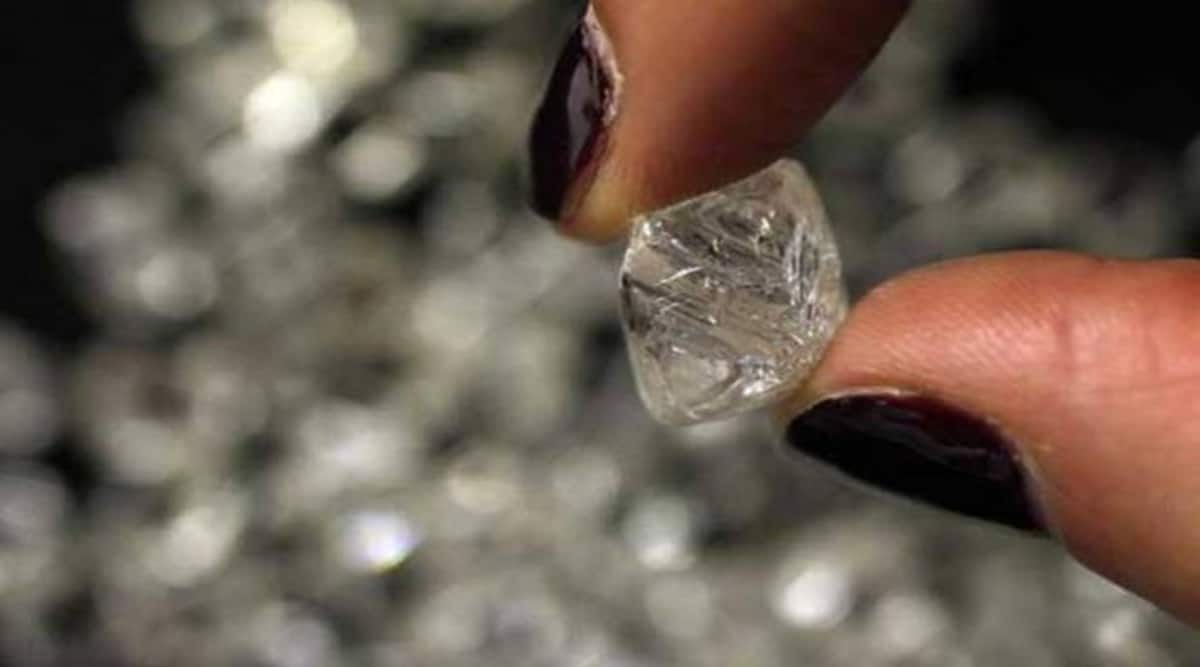 An iconic diamond shaped entrance gate of SDB’s campus is also under construction.

ALROSA, Russia’s partly state-owned mining giant that alone accounts for nearly 30% of global diamond output and is a major supplier to India, has told gems and jewellery players that there are no curbs on its transactions in dollars, euros or other currencies, and that settlements with foreign partners continue “as usual”.

In a letter to the state-backed Gem & Jewellery Export Promotion Council (GJEPC) on Monday, ALROSA has informed that diverse banking partners allow the company “to operate normally” and that it will honour its obligations, GJEPC chairman Colin Shah told FE.

While the letter seeks to allay growing concerns of Indian importers of rough diamonds, who get the precious stones cut and polished here for re-export purposes, some still remain wary of the fallout of mounting western sanctions on Moscow.

ALROSA’s letter came after the US and its European allies, on February 26, had decided to block certain Russian banks from the SWIFT financial-messaging infrastructure for cross-border payment. VTB, Russia’s second-largest bank by assets, VEB, another big player, and five smaller ones will be cut off from SWIFT, according to the Wall Street Journal.

The Indian diamond industry is fully dependent on imports of the raw material, and any shortage of rough diamonds can potentially cripple exports in the labour-intensive sector. Diamonds alone make up 50% of the country’s total gems & jewellery exports.

Before the Russia-Ukraine conflict broke out, India’s gross imports of rough diamonds had jumped 84% between April and January this fiscal to $14.83 billion after the pandemic battered diamond trade last fiscal. Exports of cut and polished diamonds surged by almost 62% $20.06 billion, or nearly 6% of the country’s overall merchandise trade, during this period.

GJEPC is advising diamond traders to consult bankers and proceed cautiously with their approval only if they are confident that the transfer to ALROSA will go through, said Shah, who is also the managing director of Kama Schachter, one of Asia’s largest diamond exporters.

“ALROSA has assured that they are running their business as usual and they have all the necessary resources to ensure normal operation in the current circumstances. They will be fulfilling all their obligations to their clients in any part of the world,” Shah added.