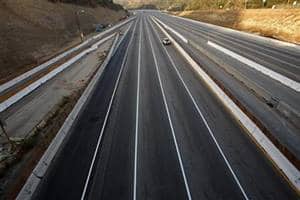 The construction pace of roads built under the flagship scheme of PMGSY has increased to 139 km per day, a top official said today.

“From 2011 to 2014, the roads in rural areas under the Pradhan Mantri Gram Sadak Yojana (PMGSY) were constructed at 70-75 kilometer per day. And in next two years 2014-16, it increased to 100 km per day. Today the roads are being constructed at 139 km per day,” Secretary, Rural Development, Amarjeet Sinha told PTI.

He said while the construction speed was 139 km in the first five months, 133 km will be constructed per day under the PMGSY in 2016-17.

Sinha said the Centre has adopted green technologies such as use of waste plastic, fly ash, cold mix, jute and coir geo-textiles, copper and iron slag in the making of rural roads.

Earlier, the Rural Development Minister Narendra Singh Tomar had said that the government was working to increase the pace to 133 km/day and was planning to construct an additional 50000 km rural roads.

Rural roads is a state subject and PMGSY is a one-time special intervention of the government to provide rural connectivity by way of single all-weather road connectivity to eligible, unconnected habitations in the core network.

The habitations having a population of 100 and above and identified by Home Ministry as crucial, are also covered under the scheme.

The government has also launched the second phase of PMGSY-II which envisages consolidation of the existing rural road network to improve its overall efficiency.