Rupee likely to remain under pressure in near term: Experts 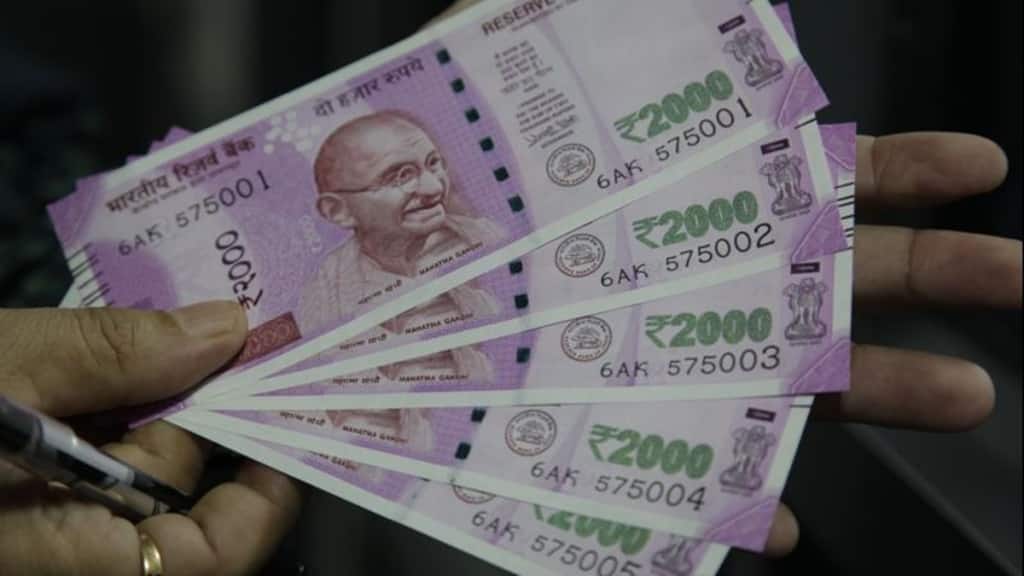 The Reserve Bank of India, in July, allowed banks to firm up appropriate mechanisms to settle international trade in the rupee.

Surging crude oil prices, continuing apprehensions of more US Fed rate hikes and widening trade deficit are pushing the rupee to new lows, with experts opining that the downward trend is likely to continue in the near term.For the second straight trading session, the rupee touched new all-time low level and closed 15 paise lower at 82.32 (provisional) against the US dollar on Friday.The Indian currency, though relatively better performing in comparison to other emerging market counterparts, has declined close to 9 per cent against the US dollar so far in the current fiscal.

After the grouping OPEC decided to cut output by 2 million barrels per day, crude oil prices have started rallying, which is a headwind for India that imports about 85 per cent of its petroleum requirements.Also, the country’s rising merchandise imports and slowing exports have resulted in trade deficit widening to USD 149.47 billion in the first six months of the current fiscal, putting further pressure on the rupee.

The strong dollar index combined with high oil prices and weakness/anticipated weakness of demand in Europe and US continues to put pressure on the rupee, Ranen Banerjee, Partner – Economic Advisory Services at PwC India, said.He also said the relative greater weakening of other emerging market currencies make Indian exports less competitive and that adds to the headwinds to the country’s exports.”We are in the midst of several moving pieces and the next psychological barrier of INR (Indian Rupee) 85 to a dollar could be tested in the short term if oil prices continue to be high, Fed gives another anticipated 75bps hike and the Ukraine conflict worsens,” Banerjee said.

The Reserve Bank of India (RBI), which has hiked the key interest rate by 190 basis points since May to tame stubbornly high inflation expects current account deficit to remain below 3 per cent this fiscal. Current account, a key indicator of balance of payment position of countries, gets adversely impacted by widening trade deficit.

The US Federal Reserve (US Fed) has already increased its interest rate thrice by 75 basis points each to tame inflation in the US. The Fed’s hawkish stance is strengthening the US dollar against major currencies.Dilip Parmar, Research Analyst at HDFC Securities, said the rupee further drifted lower for the fourth week in a row as crude oil prices head for the biggest weekly gain after March 4.”The weakness in the regional currencies, dollar demand from importers and limited supply from the central bank weighed on the local unit. In the near term, the bias for the rupee remains bearish and could head towards 83.50 while the said view gets negated only after 80.70,” he said.Gaurang Somaiya, Forex and Bullion Analyst at Motilal Oswal Financial Services, “we expect USD-INR (Spot) to quote in the range of 81.80 and 82.50”.The weakening rupee has implications on inflation as it pushes up cost of imported components and products, including that of edibile oils during the ongoing festive season.

The country’s vegetable oil import bill stood at USD 11.05 billion in the first half of the fiscal as against USD 8.86 billion.Solvent Extractors’ Association of India (SEA) Executive Director B V Mehta said rupee depreciation will hit import of edible oils. The cost of imported oils will go up and ultimately passed on to consumers.Meanwhile, Kalyan Goswami, Director General of Agro Chem Federation of India, said appreciation of the US dollar had positive impact on the pesticide export-import as a whole.”But rupee devaluation has created stiff inflation in the local market place causing price increase for raw materials, power, transport cost and also manpower expenses,” he said.As per available data, in 2020-21 total pesticides (technical and formulation) import was Rs 8,991 crore, whereas the export value was Rs 23,806 crore.

Pavan Choudary, Chairman and Director General of MTaI, said the medical device industry was already impacted by diverse inflationary hits, including escalation in fuel costs, steep increases in freight costs and rising prices of raw materials and components.”The rupee depreciation would surely make it even costlier to import goods. The incremental problem which the medical device industry faces in India is the 10 per cent ceiling on annual MRP increase. If the double hit of inflation and rupee depreciation makes the industry non-viable, it will need to reach the government for a relaxation of this limit,” he said.MTaI is the Medical Technology Association of India.

The annual imports of medical devices stood at USD 2.77 billion and exports were valued at USD 1.3 billion.While announcing the bi-monthly monetary policy on September 30, RBI Governor Shaktikanta Das said that 67 per cent of the decline in the foreign exchange reserves since April was due to valuation changes arising from strengthening US dollar and higher American bond yields.The forex reserves, which stood at USD 606.475 billion as on April 2, have declined to USD 532.66 billion as on September 30.