In first major disclosure about money held in Swiss banks, government today said Rs 4,479 crore is held in the accounts… 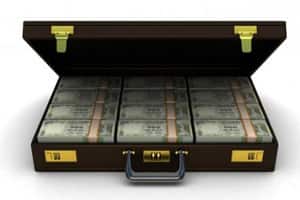 On October 1, Finance Minister Arun Jaitley said that as much as Rs 65,250 crore of blackmoney was declared under IDS.

In the first major disclosure on black money, 339 Indians have been found to have stashed Rs 4,479 crore in Swiss banks, while domestic unaccounted wealth to the tune of Rs 14,958 crore has been traced, even as the SIT recommended stringent measures to check the menace.

The Supreme Court-constituted SIT has recommended amendments to laws to provide for confiscation of domestic properties of those with illicit assets abroad and making tax evasion of over Rs 50 lakh a ‘predicate offence’ or a serious crime to facilitate necessary action under the Prevention of Money Laundering Act (PMLA).

The 13 recommendations made by the SIT also include imposing a threshold of Rs 10-15 lakh on holding and transporting cash to check the black money menace.

After probing into a list of 628 Indians, who figured on a list of account holders in HSBC’s Geneva branch that India got from the French government, the Special Investigation Team (SIT) has said that prosecution has begun against 79 entities.

Out of these, no balance has been found in case of 289 accounts, according to a report of the SIT submitted to the court, portions of which were released by government today.

“Out of the 628 persons, 201 are either non-residents or non-traceable, leaving 427 persons cases as actionable cases,” an official statement said.

While the total amount involved in these cases is about Rs 4,479 crore, the Income Tax Department has finalised assessment for 79 entities involving 339 cases.

“An amount of Rs 2,926 crore has been brought to tax towards the undisclosed balances in the accounts relating to these persons,” the statement said, adding that taxes along with interest at applicable rates have been levied.

While suggesting steps like curbs on cash transportation beyond a level and mandatory quoting of PAN for cash and cheque payments over Rs one lakh, the SIT has flagged off mining, ponzi schemes, iron ore exports, misuse of export- import route as major areas prone to black money transactions.

The issue of black money has been a major political issue in India, including in the last Lok Sabha polls.

Incidentally, today’s disclosure comes at a time when Switzerland has indicted Herve Falciani, a former HSBC employee, who had leaked information related to thousands of bank account holders at its Geneva branch. He was charged yesterday by the Swiss authorities for ‘industrial espionage, breach of trade and banking secrecy’.

The SIT also pointed out that ‘Angadias’, persons carry large amounts of cash while acting as ‘money couriers’ in Gujarat and Maharashtra especially, were playing a key role in transfer of unaccounted money.

The SIT said that the proposed curbs “would control holding of unaccounted money to a large extent”.

“This would also control transfer of unaccounted cash from one destination to other, which at present is rampant, may be Angadias or by other means,” it said.

The SIT has also suggested setting up of an institutional mechanism to examine mismatch between export/import data with corresponding data of other countries on a quarterly basis to unearth black money.

In case it is found that an individual or entity owns a property abroad in violation of the law, a provision should be made in the FEMA to provide for seizure and confiscation of property of equivalent value within the country.

It also recommended establishment of a central KYC (Know Your Customer) registry to deal with the problem of multiple identities of an individual in financial transactions.

The SIT, which comprises of former Supreme Court judges M B Shah and Arjit Pasayat, as also representatives from various investigative and enforcement agencies, cited the examples of European countries to say that there should be a limit on transportation and holding of cash, as per portions of the report released by the government today.

Also, the shipping bills should include the international market price of goods and machinery sought to be exported. “This suggestion is under consideration and is likely to be implemented within short time,” the SIT said.

Besides, there should be a dynamic interaction between different stakeholders like reporting entities, Financial Intelligence Unit and law enforcement authorities.

In cases where ED has attached a property and there are income tax dues to be collected, the SIT said that the former should be open to recovering dues from the attached property.

SIT said that at least five additional chief judicial magistrates courts should be set up in Mumbai to deal with 5000 pending IT prosecution cases.
Giving update on various cases of black money, the SIT said that Directorate of Revenue Intelligence (DRI) has furnished information in 31 cases of iron ore export, of which 11 parties have admitted to undervaluation and paid Rs 116.73 crore.

In other cases, show cause notices have been issued and action will be taken in accordance with law.

Besides, the Directorate of Enforcement is attaching property worth Rs 400 crore and has arrested a person in a case relating to mining in Odisha.

In Karnataka, three attachment orders have been passed for assets worth a total of Rs 995.97 crore.

In several cases in Goa and Jharkhand, preliminary scrutiny and investigation is in progress in connection with illegal mining.

The report also pointed out that the ED is facing difficulties in taking coercive action in ponzi chit-fund cases due to a stay order by Kolkata High Court.

In one case in Jharkhand, provisional attachment orders for properties worth Rs 452.43 crore were passed while Rs 884.13 crore worth of assets have been attached in another mining case in Karnataka.

In a similar case in Andhra Pradesh, Rs 1093.10 crore worth assets have been attached.