In its new form, the Real Estate Bill will bring in commercial property under its ambit. 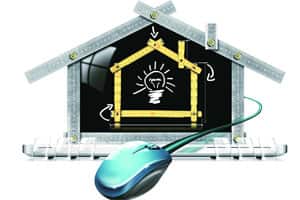 In an important development towards the regulation of realty sector within the country, the Real Estate (Regulation & Development) Bill drafted by the UPA government that is awaiting the new government’s approval has undergone a few changes and is expected to be soon taken up by the Cabinet for approval.

The two important changes proposed by the Housing ministry are – bringing down the percentage of receivables from home-buyers that has to be kept in the Escrow account, for the purpose of construction, from 70 per cent earlier to 50 per cent now. The other is to bring the commercial segment of the real estate within the ambit of the bill, which earlier was limited to regulating only the residential segment.

Experts say that the development is very positive and takes us a step closer towards a real estate regulator in the country. “If the Real Estate regulatory bill comes in 2015 it will be the biggest thing for the sector as it will provide protection to home buyers and it will also result into some non-credible players exiting the sector because of the check and balances that will come in place,” said Om Ahuja, CEO, residential services, JLL India. However, some raise concerns on the Bill not addressing on accountability of development authorities.

Industry insiders close to the development confirmed that the new government has proposed to reduce the the component of receivables from home buyers to be kept in Escrow account for the purpose of construction from 70 per cent to 50 per cent. What it means is that developers will now have access to 50 per cent of the receivables from allottees for purposes other than construction.

He however pointed that it is not appropriate to have a uniform percentage for all cities across the country. “While it could have been lower for Tier-I cities, the government could have kept it higher for Tier-II and Tier-III cities as the land cost is lower in those cities and the percentage of construction is higher,” said Modi adding that Credai had proposed to bring the percentage down to 30 per cent for Tier I cities.

There are others who agree to this. Anshuman Magazine, chairman and MD, CB Richard Ellis points out that the bill in its current form is not balanced.

“Bringing the amount to be kept in the Escrow account from 70 per cent to 50 per cent is better but it is not good enough and should have been kept lower,” said Magazine.

There are some others who point that the regulation to keep a part of money in the Escrow account itself is very important and the percentage can be tweaked later too. Ahuja said that it is very important to first get a regulator and to have such safeguards in place as there have been instances where developers take money from the home buyers but rather than using it for development of that project, deploy it for purchase of land for some other project, which leads to delay in the project delivery.

“The regulation to keep 50 per cent of the buyers money in Escrow account will bring in controls in the use of money,” said Ahuja adding that the money is sought from the buyer when the floor slab is laid even though the most of the work relating to the house is yet to be done.

While the government has also proposed to bring in the commercial segment within the ambit of the Bill, there are some who are enthused but some others seem to have been taken by surprise. Ahuja said that bringing the commercial realty within the regulatory ambit is important because a lot of retail investors are also investing into commercial real estate and so it is important to have safeguards in that segment too.

“It will also give some comfort to the institutional investors in commercial projects as they will know that there is a regulator who will ensure that best practices are followed by developers,” said Ahuja. On the other hand Magazine says that, while he welcomes the move, “it should be balanced and be fair to both the developers and the customers.”

Though the bill seeks to address some concerns of the industry and provide protection to investors in the commercial real estate, there are some issues that still need to be addressed. Both Modi and Magazine pointed out that the authorities play an important role in providing  approvals that are critical to carry out the project and hence their accountability also needs to come in picture.

“If the development authority is not answerable then an important component is being left out. While the developer has to be penalised for issues relating to him, the authority’s role must also be looked as in many cases they do not fulfil their obligation relating to trunk infrastructure even after the completion of the project ,” said Modi. Magazine added that while developers should be penalised for delayed deliveries, “The bill does not talk of accountability of the authorities who are also responsible for delays. Hence the bill needs to be balanced from that aspect too,” said Magazine.

Next Story
Economic review: Mega public funding must for growth is mid-year message