Wholesale price inflation, too, had hit an over 30-year high of 15.88% in May, indicating that the pass-through is far from over. 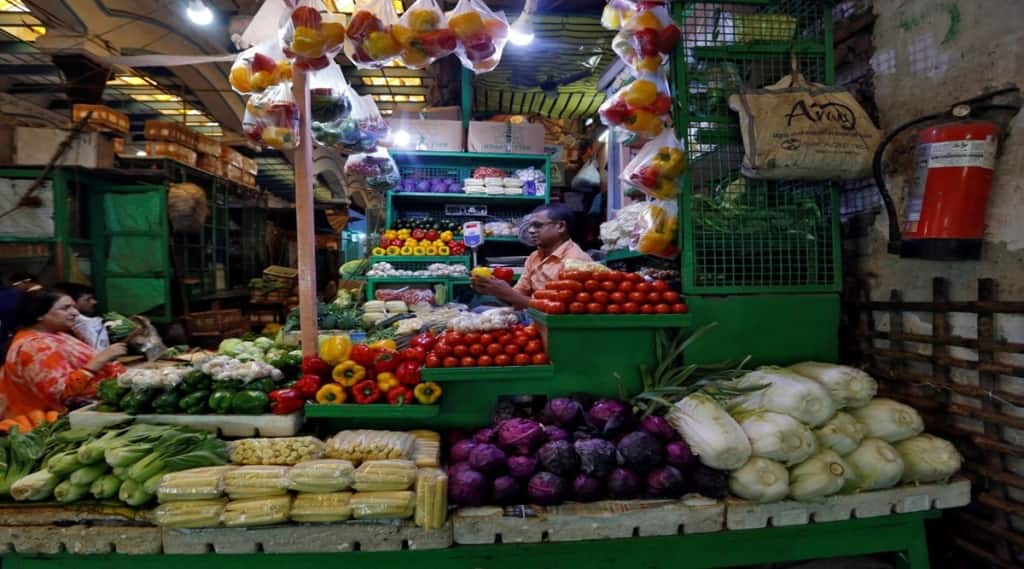 Inflation in food products, which have an almost 46% weight in the CPI, dropped to 7.75% in June from 7.97% in the previous month. (Reuters)

Retail inflation eased to 7.01% in June from 7.04% in the previous month and from a 95-month high of 7.79% in April, as price pressure in the core and food segments decelerated.

Inflation based on the consumer price index (CPI) still remained above the upper band of the central bank’s medium-term target (2-6%) for a sixth straight month. However, at 7.3%, retail inflation in the June quarter remained lower than the central bank’s forecast (7.5%).

Although the Reserve Bank of India (RBI) is still widely expected to go for a third round of rate hike in August, the moderation in inflation for a second straight month reduced the possibility of any out-of-cycle rate action in between.

While global commodity prices, especially of oil, have started easing, an ongoing pass-through of the spurt in input costs to output prices and the resurgence of services activity could keep pressure on headline inflation. Consequently, any further drop in retail inflation may only be gradual and not steep, analysts said.

Wholesale price inflation, too, had hit an over 30-year high of 15.88% in May, indicating that the pass-through is far from over.

Importantly, the first full-month impact of the government’s move to cut fuel taxes and ease supply bottlenecks in certain raw materials and intermediate goods like steel was captured in the June data. These supply-side steps came on top of the RBI’s repo rate hike of 90 basis points since May.

The Bloomberg Commodity Index dropped more than 14% over the past one month, as investors remained concerned about a potential recession-driven demand downturn. Brent crude oil futures dropped 4.1% last week. On Tuesday, it dropped 5.7% and was ruling at $100.95 a barrel in intra-day trade.

On Saturday, RBI governor Shaktikanta Das had said inflation would start easing gradually from the second half of this fiscal. Some economists see another two rounds of rate hikes — in August and October — by the central bank, albeit less aggressive, before a pause.

Core retail inflation eased to 5.95% in June from 6.07% in May. With this, it has breached the 5%-mark for 25 consecutive months, according to an India Ratings estimate.

Inflation in food products, which have an almost 46% weight in the CPI, dropped to 7.75% in June from 7.97% in the previous month.

Fuel and light inflation inched up to 10.39% from 9.54% in May. But the excise duty cuts on petrol and diesel seems to have contributed to the easing of transport and communication inflation to 6.90% in June from 9.5% in the previous month.

Although food inflation exceeded the headline inflation for a fourth straight month in June, price pressure in edible oils and fat, which are mostly imported, eased to 9.36% in June from 13.26% in May and 17.28% in April. However, inflation in vegetables remained elevated at 17.37%, although down from May’s 18.26%.

Icra chief economist Aditi Nayar said, with commodity prices having eased and the decline in vegetable and edible oil prices, retail inflation prints should soften below 7% in the coming months. “However, the sequential momentum in services inflation remains a key monitorable, as high domestic demand is likely to create upward pressure on prices for this sector,” she said. Nayar expected front-loaded rate hikes of 60 basis points more spread over the next two policy reviews followed by an extended pause.

DK Srivastava, chief policy advisor at EY India, said there is not much relief for the low-income consumer budgets with inflation in clothing and footwear at higher levels of 9.2% and 11.9% respectively in June. He expected June WPI inflation to continue to exceed the CPI inflation by a margin of about 8 percentage points, similar to that in May. “Linked to this, we anticipate that the Q1 nominal GDP growth would be significantly above the real GDP growth resulting in buoyant tax revenues for the central and state governments, creating fiscal room for further reducing excise duty and VAT rates on petroleum products and providing additional subsidy support for fertilisers,” Srivastava said.

Economists at India Ratings said while commodity prices have come off from their recent peaks, the weakness in the rupee may wipe out some these gains. Base effect, too, will turn unfavourable from July. They expected July retail inflation to be 20-30-basis point higher than June.