Retail sector in India is expected to grow by 10 per cent to become USD 1 trillion by 2020, PricewaterhouseCoopers (PwC) said. 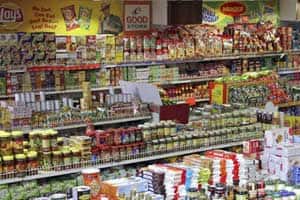 Retail sector in India is expected to grow by 10 per cent to become USD 1 trillion by 2020, PricewaterhouseCoopers (PwC) said.

In a report titled ‘The Future of India: The Winning Leap’ PwC said India’s retail industry (both organised and unorganised) could see a CAGR (compounded annual growth rate) of 10 per cent over 2012-2020, growing from USD 500 million to USD 1 trillion in that time frame.

However, report pointed out that 92 per cent of India’s total retail market remains unorganised, dominated by local shops owned by independent private individuals.

“Though India is one of the fastest growing retail markets in the world, share of organised retail at per cent is discouraging compared to other countries (US 85 per cent, UK 80 per cent, Thailand 40 per cent, China 20 per cent and South Korea 15 per cent), PwC said.

PwC said organised retail is expected to grow 24 per cent year-on-year but it will still account for less than a third of the total retail market by 2024.

Next Story
Will support GST if states are fully compensated: Mamata Banerjee