As on September 30, 2018, India had around 3.2 crore registered construction workers of which the highest were in Uttar Pradesh at 42 lakh followed by 31 lakh in West Bengal, 30 lakh in Madhya Pradesh, 29 lakh in Tamil Nadu and 22.5 lakh in Odisha. 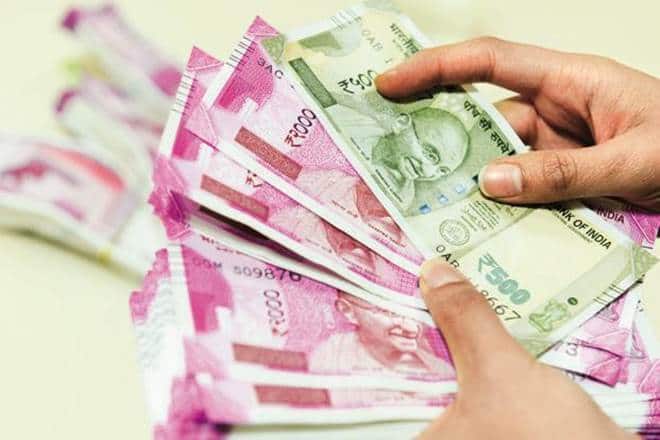 Acting on the advisory issued by the Centre, as many as 18 states have transferred amounts ranging from Rs 1,000 to Rs 5,000 to the bank accounts of construction workers hit by Covid-19 pandemic from the designated cess funds at their disposal. According to sources, these states have disbursed a total of Rs 2,250 crore as one-time cash benefit, directly into the accounts of around 1.8 crore registered construction workers in distress.

Many states, including Uttar Pradesh and Bihar, have also offered free ration for one to three months in varied quantities to such workers, one of the most vulnerable sections in times of crises like the current one.

Also Read
WEF Davos 2023: What can we expect in the field of climate & energy sectors?
Land monetisation stuck, to gather pace only after 2024 polls
Govt eases norms under EPCG scheme to help exporters
FTA negotiations with India ‘well advanced’, next round set to commence very soon: UK minister

Labour ministry has estimated that around Rs 31,000 crore was lying unspent with the building and other construction workers (BoCW) welfare boards across all states. As per the Building and Other Construction Workers’ Welfare Cess Act, 1996, all construction activities incurring cost of above Rs 10 lakh are bound to deposit cess at 1% ( in some states, 2%) of the cost of construction to the state BoCW board. The cess is collected from government/public and private sectors.

In the wake of Covid-19 outbreak, the Centre had on March 24 advised states to “adequately” transfer money directly into the accounts of an estimated 3.5 crore registered workers to help them tide over the present turbulent times.

Most of the 18 states have offered Rs 1,000 cash benefit to each construction worker since the directive. The amount transferred by Maharashtra and West Bengal, the two states with sizeable construction worker populations, were not immediately known, but Telengana has offered Rs 500 and 12 kg rice to even migrant workers who have stayed back in the state during the lockdown.

As on September 30, 2018, India had around 3.2 crore registered construction workers of which the highest were in Uttar Pradesh at 42 lakh followed by 31 lakh in West Bengal, 30 lakh in Madhya Pradesh, 29 lakh in Tamil Nadu and 22.5 lakh in Odisha.

Rajiv Sharma, a representative of the Building Construction Global Union in South Asia that has 56 Indian construction trade unions as its members, said, “In current period of crisis, the need of relief to the workers in more than ever before. Hence, we request the state governments to reach out and help registered construction workers along with other construction workers whose renewals may not have happened due to high mobility of workforce in the sector.”

The construction cess is in the states’ domain: they fix the rates, collect the cess and also determine the criteria for registration of the beneficiary workers and distribution of the funds collected. In Delhi, a certificate from a registered trade union suffices to get a construction worker registered with the state BoCW, while for a worker in Uttar Pradesh, a builders’ certificate specifying that he was involved with the construction activity for 90 days in the previous 12 months is required.

The state BoCWs, constituted under the Act, utilise the cess fund for the social security and welfare of such workers. States or the Centre do not provide any fund under the scheme from their corpus.

Every building worker who has completed 18 years of age, but has not turned 60, and who has been engaged in any building or other construction work for not less than 90 days during the preceding 12 months is eligible for registration as a beneficiary under the Act.