Real estate market in 2015 was a mixed bag

The year 2015 failed to bring any cheer to the real estate market with piled up inventories, and buyers taking a backseat largely on the account of delay in projects. 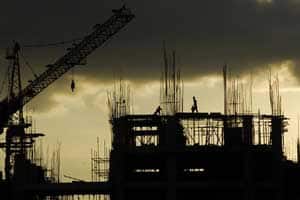 Chennai currently has an office stock of approximately 67.8 mn sq ft, with vacancy levels at 17%. This is vastly different from 2013, when the vacancy levels were alarmingly high at 26%.

The year 2015 was a mixed bag for the Indian real estate sector with both positive and negative trends. From hopes of revival for the sluggish realty sector to PE investment touching a seven-year high and news of Cabinet approving the Real Estate Bill, 2015 has set the tone for the sector in the coming year.

“The Real Estate Bill still has to take a fairly long journey as it needs to be passed by the Parliament, there is a general feeling in the market that it will be a booster shot in promoting real estate growth in the times to come,” said Vikas Malpani, CommonFloor co-founder and head of CommonFloor groups.

The year 2015 also marked an interesting year for investments in the real estate market, with private equity (PE) investments touching new highs since 2008, signaling growing optimism in the sector. According to Cushman and Wakefield estimates, around $2.8 billion or Rs 18,700 crore had been invested by private equity players in the real estate market till end September. Add to that an estimated $4.5 billion, or Rs 30,500 crore, of NCDs — till November 2015 — and the tally is already up by 74 per cent over last year’s Rs 17,600 crore.

“2015 has been an interesting year for capital market activities in real estate. While the PE focus continued to remain high on residential and office projects, entity-level investments and platform-level deals also came into the limelight, indicating increase in investor confidence. In terms of asset focus, residential projects attracted a considerable share of funding; however, equity investment in this space is still insignificant,” Anuj Puri, chairman & country head, JLL India said.

The previous twelve months, however, failed to bring any cheer to the real estate market with piled up inventories and buyers taking a backseat largely on the account of delay in projects.

Housing sales, which stood at 1.75 lakh units during last year in the primary markets of seven major cities, are likely to be around same level in 2015, property consultant JLL said, adding that sales were marginally down to 1.16 lakh units in the first nine months of this year.

According to JLL, 2015 did not bring the hoped-for growth in residential real estate. However, the silver lining is that the bad days seem to have bottomed out; sales have picked up in a few cities like Mumbai, Hyderabad and Bangalore. Launches have reduced in cities like Mumbai, slightly lowering the inventory. Developers’ initiatives like offering attractive schemes and deal terms, coupled with lowering of interest rates by the Reserve Bank of India (RBI), have activated fence-sitters.

The commercial office sector rebounded with some large leases and buy-out transactions witnessed during the year. Companies are firming up expansion and consolidation plans, leading to increasing leasing activity as they foresee higher potential and increasing business activity. JLL data showed that India’s office space absorption during 2015 stood at 35 million sq ft – the second-highest figure in the country’s history after 2011. While pan-India vacancy still stands at 16 per cent, realistic vacancy actually stands around 8-9 per cent – the total vacant supply is not always relevant for corporate occupiers. Rents rose across Indian cities in 2015.

As regards reforms, it was a year of mixed fortunes for realty industry. For the fund- starved sector, there was a foreign equity bonanza, waiver of entry and exit barriers, raising of approval limit for the Foreign Investment Promotion Board limit from Rs 3,000 crore to to Rs 5,000 crore, doing away with area restrictions of 20,000 square meters and capitalisation of $5 million, besides allowing investment repatriation before project completion with three-year lock-in.

With inputs from the agencies