The RBI has been asked by the Centre to ensure that the retail inflation based on the Consumer Price Index remains at 4 per cent with a margin of 2 per cent on either side. 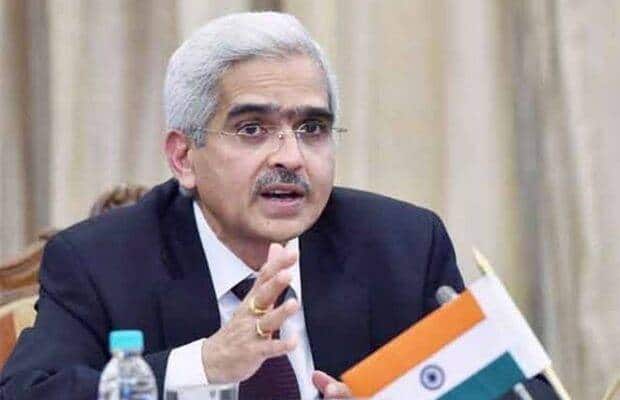 The Reserve Bank’s rate-setting panel began its three-day deliberations on Monday to decide the next monetary policy amid expectations that the central bank will maintain status quo on the benchmark interest rate in the backdrop of global scare due to the new coronavirus variant Omicron.

If the RBI maintains status quo in policy rates on Wednesday, it would be the ninth consecutive time since the rate remains unchanged. The central bank had last revised the policy rate on May 22, 2020, in an off-policy cycle to perk up demand by cutting interest rate to a historic low.

On his expectation from the MPC, Dhruv Agarwala, Group CEO, Housing.com, Makaan.com and Proptiger.com, said that while the Indian economy is now well on its way towards much-awaited normalcy, it has yet a long way to go before the government and its agencies can start gradually pulling back support measures.

“With that being the basic premise, we expect the RBI to continue to hold the repo rate at the current levels,” he said.

According to him, a low home loan interest rate regime has been greatly instrumental in helping revive India’s real estate sector, especially during the festive season.

“We expect the growth momentum in the sector to continue because of no upward changes in the repo rate. Some increase in the reverse repo rate, however, might be on the cards,” Agarwala added.

V Swaminathan, CEO, Andromeda and Apnapaisa, said the MPC is likely to take a pause this time around as the new coronavirus variant Omicron has created an atmosphere of uncertainty.

“The RBI will likely wait for the mitigation of the current COVID-19 variant to understand the risks better. If the growth impact of the new variant is diminished fast, we may expect an increase in the reverse repo rates from February,” he added.

The Indian economy remained on track to post the fastest growth among major economies this year as its GDP expanded by a better-than-expected 8.4 per cent in the July-September quarter to cross pre-pandemic levels.

The GDP growth in the second quarter of the current fiscal (2021-22) was slower than the 20.1 per cent expansion in the previous quarter — which largely reflected a bounce back from last year’s crash — but was better than the contraction of 7.4 per cent in July-September 2020.

Suman Chowdhury, Chief Analytical Officer, Acuité Ratings & Research, said while there has been relief from concerns over additional government borrowing in the second half of the fiscal along with the moderation in inflation trajectory, the firmness in the yields is largely a reflection of a steep rise in global commodity and crude oil prices along with commencement of liquidity normalisation by the RBI since the last MPC.

“Acuité believes that monetary policy normalisation will continue in the major global economies given the extended period of higher inflation but the speed may vary across the central banks, depending upon their assessment of the residual pandemic risks. India is also expected to continue with the gradual approach to normalisation and a phase-wise increase in the reverse repo rate can be envisaged in the current fiscal,” Chowdhury said.

The RBI has been asked by the central government to ensure that the retail inflation based on the Consumer Price Index (CPI) remains at 4 per cent with a margin of 2 per cent on either side. The Reserve Bank had kept the key interest rate unchanged in its after monetary policy review in August citing inflationary concerns.

Sandeep Bagla, CEO, TRUST Mutual Fund, said the upcoming policy meet is going to be a tough one with choices ranging from maintaining status quo or to signal the beginning of the withdrawal of the extraordinary easy monetary policy.

“It could be a non event – with no change in stance and no change in rates. There is a renewed threat to global growth due to Omicron variant and the output gap in India still appears to be wide open justifying easy monetary policy,” he said.

Bagla too opined a hike in reverse repo rate cannot be ruled out.