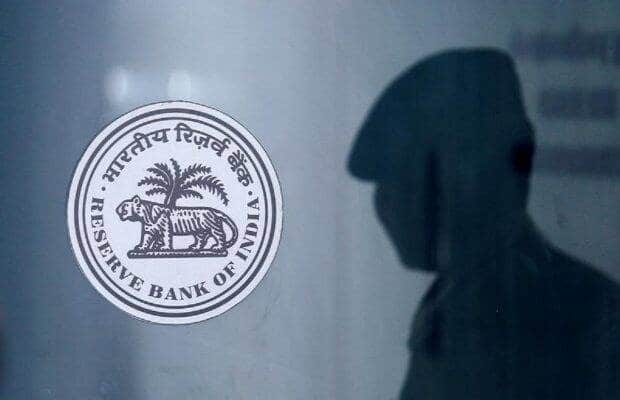 The MPC’s announcement would be closely watched for its assessment of the evolving economic scenario and price levels as well as how it tackles the surplus liquidity in the system, elevated bond yields and uneven credit uptick. (Image: REUTERS)

The Reserve Bank of India’s Monetary Policy Committee (MPC) will present its fourth bi-monthly monetary policy on December 8. The central bank is expected to keep repo and reverse report rate unchanged keeping implications of the Omicron variant in view. Last year, two rate cuts of 75 bps in March and 40 bps in May reduced repo rates to a record low of 4 per cent and since then, rates have been kept unchanged. This policy comes in the backdrop of the perceived strengthening of the domestic economy and the moderation in headline inflation in recent months, said analysts.

The MPC’s announcement would be closely watched for its assessment of the evolving economic scenario and price levels as well as how it tackles the surplus liquidity in the system, elevated bond yields and uneven credit uptick.

Care Ratings: Given the uncertainties associated with the scale of economic recovery, the RBI is expected to maintain its growth focus and continue with the accommodative monetary policy stance even as it moves towards gradual normalization. MPC is likely to maintain key interest rates i.e., the repo rate and reverse repo rate at a record low of 4% and 3.35% respectively. Policy rate hike unlikely before Q1 FY23. The reverse repo rate corridor (over the repo rate) could be narrowed from the current 65 bps in a graded manner from February 2022.

Shanti Ekambaram, Group President – Consumer Banking, Kotak Mahindra Bank Ltd: With the economy on an upswing, led by a surge in consumer demand and ample liquidity, it was expected that the MPC would opt for gradual withdrawal of excess liquidity and a change in its accommodative stance in the December policy. However, the looming threat of Omicron and the uncertainty that it has set in motion means that it is now likely that the committee will keep key rates unchanged. A move on the reverse repo rate, which was largely expected in December, will now be postponed to the next calendar year.

Rajani Sinha, Chief Economist and National Director, Research, Knight Frank India: There were growing expectations that in the December MPC meeting, RBI would hike the reverse repo rate to narrow the corridor between repo and reverse repo rate. However, the new COVID variant Omicron has again pushed the global and Indian economy in a state of uncertainty and nervousness. There is also added uncertainty of any knee-jerk reaction of Indian and global financial markets to Fed’s monetary policy indication/action. In such a scenario, RBI in its upcoming meeting is likely to keep the rates on hold.

Emkay Global financial services: The current liquidity flux looks somewhat sticky ahead, with an expected increase in currency in circulation being offset by government drawdown in surplus (implying increased spending) and possible capital flows. While FDI flows may remain steady ahead, further inflows to the tune of US$35-40bn could potentially come from India’s bonds inclusion in global indices in one year’s period.

Care Ratings: RBI would also ensure adequate liquidity is present in the banking system to stimulate credit dispersal. However, there is no anticipation of any new liquidity measures in this policy.

Renewed threat to global growth due to Omicron variant

Sandeep Bagla, CEO, TRUST Mutual Fund: There is a renewed threat to global growth due to Omicron variant and the output gap in India still appears to be wide open justifying easy monetary policy.On the other hand, core inflation is high, the US Fed has turned somewhat hawkish, started tapering – it would be prudent to indicate to markets how and when RBI is going to come out of the extraordinary liquidity easy rates. A hike in reverse repo from 3.35% to 3.60% cannot be ruled out.It boils down to making an economic choice.”

After bottoming out at 5.97% in May-21, India’s 10Y g-sec yield has been gradually creeping up with bond yields averaging at 6.35% in Nov-21, the highest since the beginning of the pandemic. Since the start of H2 FY22, the 10Y g-sec yield has moved up by a cumulative 18 bps. While there has been relief from concerns over additional government borrowing in H2 FY22 along with the moderation in inflation trajectory, the firmness in the yields is largely a reflection of a steep rise in global commodity and crude oil prices along with commencement of liquidity normalization by the RBI since the last MPC.

Suman Chowdhury, Chief Analytical Officer, Acuité Ratings & Research: Monetary policy normalization will continue in the major global economies given the extended period of higher inflation but the speed may vary across the central banks, depending upon their assessment of the residual pandemic risks. India is also expected to continue with the gradual approach to normalization and a phase-wise increase in the reverse repo rate can be envisaged in the current fiscal.

The near term Indian CPI is likely to remain within the MPC target band of 4 to 6%. This, in turn, should give the MPC time to assess the medium term implications of Omicron by continuing to maintain an accommodative pause in Policy Rates in December, said Bhatt.

The RBI’s GDP growth outlook for FY22 is unlikely to be revised from 9.5% for FY22. Neither is the inflation outlook (5.3% for FY22) expected to undergo a change. To limit the rise in bond yields, the RBI could announce secondary market purchases of government securities, added Care Ratings.