RBI cuts repo by 25 bps, sure banks will follow

Says intents in the Budget could lead to better quality fisc 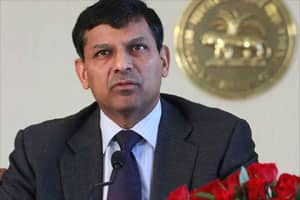 Bankers played their cards close to their chests on Wednesday not dropping hints of whether they would trim loan rates after the Reserve Bank of India (RBI) pruned the key repo rate by 25 basis points to 7.5%. Although some lenders indicated they would deliberate on rates at their respective ALCOs (asset-liability committee meetings), corporate credit might not become cheaper just yet and individuals too may need to wait a bit for their EMIs to become smaller. While banks have been reducing deposit rates to bring down the cost of funds, the absence of a pick up in credit is keeping them from cutting rates.

However, the RBI’s surprise action will immediately benefit companies borrowing in the bond markets; the benchmark treasury yield, against which such bonds are priced, dropped to 7.68% following the RBI’s announcement and in anticipation of further cuts later in the year.

RBI governor Raghuram Rajan said on an analysts call he had no doubt that the pressure of the two repo rate cuts would, over time, feed into lower rates. “My hope is, over the span of the next few weeks, as we move into the fiscal year we will see more transmission into lower rates,” Rajan observed adding the liquidity stance had been fairly accommodative. However, the governor added that the RBI would try to understand whether the new rules set out for determining base rates were in any way constraining banks.

The central bank said in its announcement that it was prompted to trim the repo rate in view of expected moderation of retail inflation, the better quality of the fiscal deficit—pegged at 3.9% for FY16 compared with 4.1% in FY15—and the need to be anticipatory in the wake of low capacity utilisation and poor credit offtake.

“There are a number of expressed intents to clean up legacy issues, the revenue projections are conservative and there are transfers to states may alleviate some of the financial constraints of states. There are intents that could result in a higher quality fiscal consolidation process,” the governor said on the call. However, he expressed concerns that in the near term the higher than planned fiscal deficit target for FY16, might add to aggregate demand and turn out to be unhelpful given the large planned for borrowings by public sector firms. In the medium term, the central bank aims to bring down inflation to the mid-point of the band of 4% +/- 2% or 4%, by the end of a two year period starting fiscal year 2016-17.

Economists pointed out that the RBI’s commentary on future inflation projections seemed cautious on balance. “While the RBI did say inflation outturn had been lower than earlier envisaged, the statement was upfront about risks from higher oil prices, seasonal upturn in food prices and spill over of volatility from international financial markets. The RBI expects softer readings on the CPI in the first half of 2015-16, before it begins to start firming up to below 6% in the second half,” HSBC economists wrote in a note.

Commenting on the repo rate cut, chief economic advisor to the government, Arvind Subramaniam, said the RBI and the government were on the same page in terms of how they viewed the economy. “It also means that the budget can be seen as conducive as non-inflationary growth, Subramaniam said. “If you read the RBI statement it echoes what we have said in the survey that we should still view India as a recovering economy because other indicators of activity are still relatively weak they have not picked as much as the 8.5% number would suggest. So we should view India as recovering economy and hence I think there is no danger of overheating as yet,” Subramaniam said.