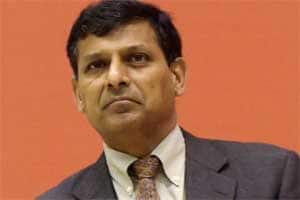 Facing persistent calls for interest rate cuts from the government and the industry, Governor Raghuram Rajan today said RBI cannot ‘flip-flop’ on rates with every rise or fall in the inflation and would rather wait for a stable low price scenario.

“The message I have been sending is that we don’t want to flip-flop back and forth. This month inflation was 2 per cent, therefore I will cut this much. Oh! it went up to 5 per cent, may be I should increase it. That’s not how a central bank operates,” he said.

“It (RBI) takes a view and unless things change dramatically from that view, it proceeds on a process of either accommodation or tightening and that is what I would like to see have happened,” Rajan told NDTV.

The Wholesale Price Index (WPI) based inflation is on a decline and in November dropped to zero level, the lowest in about five and half years. Retail inflation too fell for the the fifth straight month in November.

Rajan, who has kept the key policy rate at 8 per cent since January, said India has not fully solved the supply side problems and hence people will get more inflation over time.

“Its not that the RBI is against growth, it is for sustainable growth… Our horizon is sometimes longer than those who want us to cut. They are seeing next quarter profits. Let us look at the next year and year after, just down the line how profitable you are,” he said.

Rajan further said that government wants low inflation and the best way RBI can aid growth over the medium term is by keeping inflation low.

“What we have to do is, once we are sure that the disinflationary process is well under the way, we will have the ability to be more accommodative in the sustainable way,” he said.

Explaining his point, Rajan said RBI can cut interest rates by 500 basis points today and there will be a boom in consumption and in investment.

“But what happens to inflation. Because we haven’t fully solved the supply side problem, people will get more inflation over time. But essentially what I have said to anybody is that lets do it in a sustainable way,” he said.

The Governor also said that RBI was not focusing on falling oil prices as it is not known “how long its going to stay low”.

Referring to the Uber (taxi aggregator) controversy, Rajan said it was using a way of bypassing regulations. “No matter who you are, can’t violate regulations,” he said, adding that new technology needs some adjustments in terms of regulations.

Answering question on bitcoin, a virtual currency which has security concerns, he said that down the line the nation will be moving “cashless currency” and that virtual currencies would become much safer in future.

For better functioning, he also supported segregation of the post of chairman and the managing director in public sector banks.

Answering queries on ‘Make In India’, Rajan said there is a need to create the conditions for promoting domestic manufacturing.