The minister could also highlight the government’s budgetary goals to boost spending in productive assets (that won’t stoke inflation), establish a development finance institution to aid infrastructure creation and back a plan by lenders to set up a bad bank for resolution of toxic assets, among others, sources told FE. 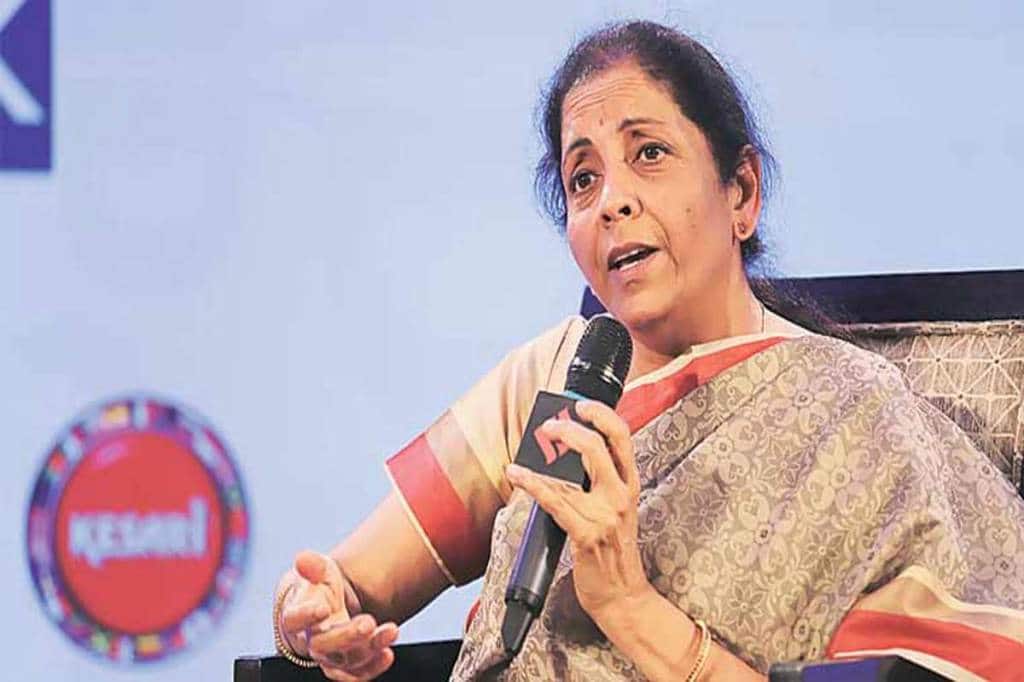 The government has budgeted capital expenditure at Rs 5.45 lakh crore for FY22, which is 26.2% higher than the RE of FY21 and 34.5% larger than the budget estimate (BE) level for this fiscal.

Finance minister Nirmala Sitharaman will address the central board of the Reserve Bank of India (RBI) in a crucial meeting on Tuesday in which she is expected to allay any concern over the impact of a spike in fiscal deficit on inflation.

The minister could also highlight the government’s budgetary goals to boost spending in productive assets (that won’t stoke inflation), establish a development finance institution to aid infrastructure creation and back a plan by lenders to set up a bad bank for resolution of toxic assets, among others, sources told FE.

The Budget has firmed up a road map for catapulting India to a high-growth orbit on a sustained basis over a longer-term, the minister is expected to stress. The meeting may also discuss the central bank’s inflation-targeting framework that is up for review in March.

The meeting this time promises to be much more than just a customary post-Budget huddle, as the Budget was presented on the backdrop of a “once-in-a-century” crisis that ravaged the economy. The Covid-19 pandemic forced the government to continue to spend despite strained finances, without bothering much about fiscal prudence.

Consequently, the fiscal deficit is now expected to spike to 9.5% of nominal GDP in FY21 and an estimated 6.8% next fiscal. While the monetary policy committee has held key rates and retained its accommodative stance to aid the government’s efforts to spur growth, an assurance from the Centre on maintaining the latest deficit trajectory once the crisis is behind us would signal its commitment to fiscal discipline over the medium term, a source told FE.

The government has delayed its pre-Covid goal of reducing the fiscal deficit to 3.1% by FY23; instead, it now intends to trim it to 4.5% by the only FY26.

In an interview with FE after the Budget, economic affairs secretary Tarun Bajaj told FE that the government will deploy much of the resources in creating productive assets, so the elevated fiscal deficit won’t stoke inflation.

Moreover, with capacity utilisation trailing the trend level in the wake of Covid-induced disruptions, even the supply side is unlikely to react negatively to this fiscal push, Bajaj said.

Citing the preliminary findings of its survey of manufacturing companies, the central bank had in December said capacity utilisation (seasonally-adjusted) improved from 47.9% in Q1, when the lockdown was in force, to 62.6% in Q2, but remained well below the long-term average of 74%. This was “either because of supply constraints or lack of demand”, it had said.

As such, the inflation gauges have thrown up conflicting signals over the past one year. The retail inflation plunged to a 16-month low of 4.06% in January, on moderating food inflation and a conducive base. But before this, it had remained above the RBI’s tolerance band for 10 of the 12 months. In contrast, wholesale price inflation remained subdued, having moved in the range of -3.4% to 3.5% during this period, complicating the job of assessing the actual price pressure in the economy.

The government’s fiscal deficit shot up to 9.5% of GDP in FY21, as it was forced to offer relief packages despite a plunge in revenue collections due to the pandemic. Even though the nominal GDP is expected to reverse a contraction and expand at 14.4% in FY22, the imperative of continued spending to spur growth and save both lives and livelihood has forced the Centre to keep the deficit elevated in the current fiscal as well.

The government has budgeted capital expenditure at Rs 5.45 lakh crore for FY22, which is 26.2% higher than the RE of FY21 and 34.5% larger than the budget estimate (BE) level for this fiscal.

In contrast, at Rs 29.3 lakh crore, the BE of revenue expenditure for FY22 is 3% lower than the revised estimate for this fiscal and 11.4% higher than the BE of FY21.