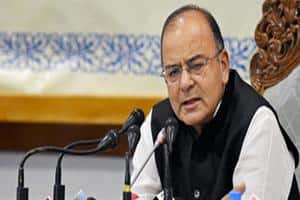 "Tell me which other government since 1947 has brought this much-structured steps against corruption," he said. (PTI)

Eyeing more investment from private players in infrastructure space, the government is considering allowing them to manage smaller airports while railways will soon invite bids for modernisation of 400 stations, Finance Minister Arun Jaitley said on Tuesday.

The proposal for allowing management participation of the private sector in some mid-sized and smaller airports is aimed at improving their managerial efficiency, he said.

Addressing the foundation day of India Infrastructure Finance Company (IIFCL), Jaitley said the government has set up the National Investment and Infrastructure Fund (NIIF) and is in touch with global sovereign and pension funds to become partners.

Stressing that railways have raised money through issuance of bonds, he said, they also intend to mobilise international investment.

“The railways has now come on to directionally the right track. We are inviting the private sector including foreign investment into infrastructure… very shortly, the railways is going to come up with its proposed bids for development of 400 railway stations in the country,” he said.

As regards airports, Jaitley said the Ministry of Civil Aviation has worked on improving the mid and smaller level.

“They probably need managerial efficiency and therefore management participation of the private sector in some of these airports is a proposal, which they have been considering. I think the government is very clear with regard to the direction in which it wants to move,” he said.

Jaitley said his ministry is in touch with a large number of international sovereign and pension funds to become partners in NIIF for funding infrastructure projects.

“The years and months to come will be those where we will be seriously investing in infrastructure. We should be able to show much more positive result as far as Indian economy is concerned making it a stable force, which we have become even in the midst of a crisis like situation across the world,” he said.

Jaitley said the global volatility has thrown up challenges and it is for India as to how to make the best use of those challenges.

“World is passing through a phase of great volatility. There is no easy day. And therefore, the trends that global economy is going to throw up, will be challenging,” he said, adding lower oil, commodity and mineral prices is troublesome for many in the world, but it is an opportunity for India.

“I find the opportunity provided by the low oil prices has enabled the government to channelise a large part of our savings in central areas of infrastructure,” he said.

Last year a lot of resources were put in the direction of national highways, rural roads and railways.

“The result of this is visible now that the stalled projects among the highways have got moving. As a result of enhanced public investment, even private sector players who had got bogged down in their disputes have re-entered the field,” he said.