For the April-June quarter as whole, mandi prices of many crops including masur and mustard were higher than the year-ago period, although many crops were still sold below their MSP levels. 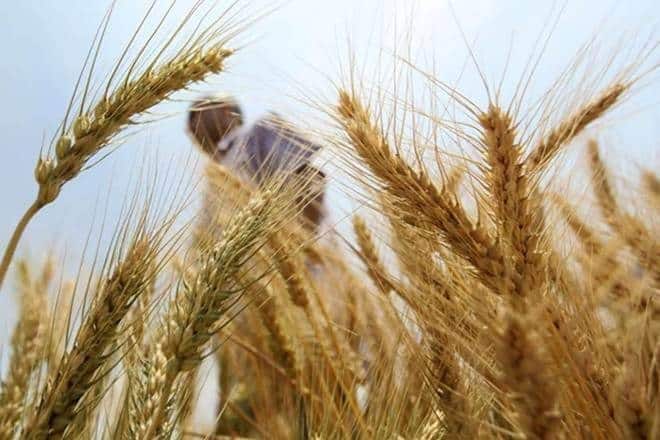 Going by the official data on mandi arrivals and prices fetched by farmers for key winter crops, rural India should have been under distress since April, but the ground situation is significantly better.

This is primarily because of two reasons: as the lockdown impeded transport of goods and caused labour shortage at mandis, the bulk of government procurement of wheat, the key rabi crop in the case of which minimum support price (MSP) operations are real, has happened at ad-hoc purchase centres closer to farm gates: secondly, direct purchases of crops including wheat and pulses from farmers by food processing firms and retailers saw a big rise in recent months. In other words, the actual sales of crops by farmers are much higher than reflected by official mandi arrivals, especially for the April-May period, when the transport-labour shortage was at its peak.

Also, the prices remained particularly firm for most of the winter crops in the April-May period, boosting farmers’ realisations. For the April-June quarter as whole, mandi prices of many crops including masur and mustard were higher than the year-ago period, although many crops were still sold below their MSP levels. Since the MSPs under new policy are 50% higher than production cost (A2+FL), even if the actual sale price is marginally lower than MSP, transactions could be profitable for the farmers.

As per official data, for instance, wheat arrivals at mandis in the June quarter this year was a third less than the year ago period, despite the arrivals in June (when these usually recede) being 22% higher than the year-ago period. Though this doesn’t reflect any rural income boost, market watchers say higher prices (MSP for wheat and actual sale prices for certain other crops) , coupled with robust production, have boosted farmer’s income and profitability.

“The Centre had taken a number of measures including asking states to allow direct purchase from farmers to ensure smooth supplies of agriculture commodities. Due to reports of positive cases in some mandis, farmers at many places preferred to stay away and situation started improving from mid-May with easing of lockdown restrictions,” an agriculture ministry official said. The official wheat procurement started a fortnight late from April 16 but has since been strong, the official said.

“Had there been a real shortfall in market arrivals, prices could have skyrocketed by now,” said Rajesh Goyal, a trader in Hathras, Uttar Pradesh. Wheat prices have increased about 3% to nearly Rs 1,900/quintal during April-June quarter from the year-ago period. Similarly, there was 25% and 15% increase in prices of masur and mustard respectively during the period, while their corresponding arrivals dropped by 3% and 37%. The farm-gate prices of chana improved in June after remaining subdued in the previous two months. Though chana harvesting starts early from March, the pan-India market arrivals in April saw a steep 80% drop y-o-y, and last month, the arrivals were up 16% on year.

Goyal however said mandi rates of wheat started falling from first week of July after reports appeared that the government may cut the reserve price of Food Corporation of India stocks for open market sales from current Rs 2,135/quintal. Official data show that all-India average mandi price of wheat in June was 2.7% lower at Rs 1,855/quintal from the previous month. Current rates indicate there may be about 2% fall in farm-gate price of wheat in July, month on month.