Addressing the nation on the 74th Independence Day from the ramparts of the iconic Red Fort, Prime Minister Narendra Modi said that for India to be ‘Atmanirbhar’ first its farmers need to be self-reliant. 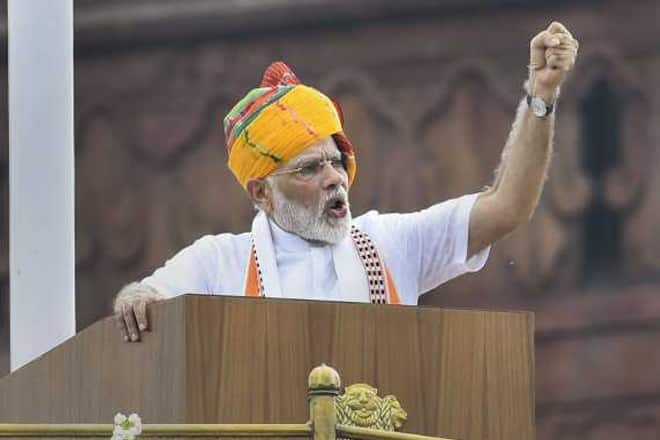 Addressing the nation on the 74th Independence Day from the ramparts of the iconic Red Fort, Prime Minister Narendra Modi said that for India to be ‘Atmanirbhar’, first its farmers need to be self-reliant. Modi highlighted the efforts taken by the NDA government to uplift the farmers of India. The Prime Minister said that his government has made efforts to free the farmers of India from the shackles that tied them down and did not allow them to sell their produce anywhere they wanted.

Modi said that the farmers of this country, unlike others, were not free to sell their produce wherever they wanted to. He added that this was changed by his government. Earlier in June, the central government amended the Essential Commodities act and introduced The Farmers (Empowerment and Protection) Agreement on Price Assurance and Farm Services Ordinance, 2020.

The Prime Minister, once again stressed on Atmanirbhar Bharat and asked the citizens of India to be vocal for local. “We are working to double farmers’ income. Some of you may not know this, but unlike any other business, where you have the freedom to sell your product or service anywhere in the world, at a price you want, our farmers, so far did not have that freedom,” Modi said. He added that farmers could only sell to who they were told to sell. “Now, we have removed these restrictions and given farmers the freedom to sell at the best price and to whoever they want,” the Prime Minister added.