Power sector in India: All you wanted to know in 5 points

In a bid to raise production of green electricity in the state, the Odisha government has decided to renovate three major hydro-power stations.

Written by Accord Fintech 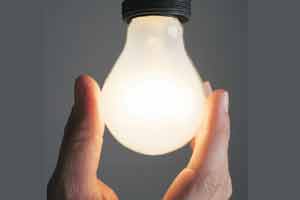 Huge power bills are a problem everyone has to deal with. However, some relief is on cards for power consumers as who might actually see their electricity bill being slashed, even in this day and age of skyrocketing prices. Want to know how and why? Here we present the work-in-progress process that may put a smile on your face, but may adversely impact others.

Power or electricity is very essential constituent of infrastructure affecting economic growth and welfare of the country. Currently, the power sector is at a crucial juncture of its evolution, with many private producers and domestic manufacturers also playing a significant role in various capacities, and greater reliance on markets, subject to regulation. Developers of Power Plants have been facing numerous constraints like coal/gas allocation, environment clearance, land acquisition, financing and funds tie-ups, etc. for last about 4 years. This has resulted in only very few new projects coming up.

1. Performance of the industry

India is the 5th largest producer of electricity in the world. At an electricity-GDP elasticity ratio of 0.8, electricity will continue to remain a key input for India’s economic growth. Electricity demand is likely to reach 155 GW by 2016-17 & 217 GW by 2021-22 whereas peak demand will reach 202 GW & 295 GW over the same period respectively. In India, the total power generated has been 1048.5 BU during the FY 2014-15. There has been a shift to renewable power as the same constitutes of 27.25% of the total installed capacity.

India has a huge hydro power potential of 148 GW, out of which only 42 G has been realized till date. Steps have been taken to attract investments into the hydro sector and increase the falling share of hydroelectricity in the country’s installed capacity mix. Government is planning Hydropower Purchase Obligation (HPO), which will obligate the power distribution companies to purchase power from hydro power plants. This has led to signs of revival in hydro power segment. However, the Supreme Court verdict staying 23 Hydro Projects in Uttarakhand has acted as a dampener, thereby delaying the imminent revival in the sector. The Nuclear business is primarily driven by government policies, public perceptions and global dynamics.

India is likely to add 600 GW to 1200 GW of additional new power generation capacity before Year 2050. The target for 12th Five year plan is that of 118.54 GW out of which 88.54GW is to come from conventional sources while the remainder to come from Renewable energy. The government plan is not only on target but seems it will exceed the targeted capacity. Break up of Power sector is such that 188.90 GW is Thermal power which is 70.6% of the total installed capacity while Hydro accounts for 41.27GW which is 15.4% of total. The share of Renewable energy is 31.69 GW which is 11.8%.

Marking a major change from pattern till recently, private sector has increasingly forayed into power infrastructure in recent years. Thus, during the 11th Plan 39 per cent of conventional energy capacity addition was from private sector, while 35 per cent coming from state government utilities and around 26 per cent from central government power companies. Most of the capacity in private sector was in thermal power with 56899.73 MW.

The total power generation in the country during FY 14-15 was 1048 BU (including Bhutan import) as against a generation target of 1023 BUs, about 2.5% above target. The contribution from the private sector was 281.53 BU which was 109.5% against target of 256.98 BU. Moreover, the government has set a target of producing 1,098 BUs of power during 2015-16. The central sector plants will contribute 411 BUs and state sector 401 BUs to the total targeted capacity. Of the total 1,098 BUs that the government is aiming to generate in the current fiscal, 965 BUs will come from thermal power and the remaining from hydel plants (133 BUs). As many as seven hydro projects, which are likely to come up during the current financial year, will contribute 2,766 million units of electricity to the total generation.

Govt. set to allot mines for commercial coal mining to the state entities

The government, which is armed with Coal Mines Special Provisions Bill, 2015, is all set to allott mines to the state entities for commercial mining of coal. The government will continue auctioning coal blocks to private companies after passing of the Coal Mines Special Provisions Bill, 2015 in Parliament. However, the government has decided to assign mines to private entities only in second phase. Overall, the centre is in the process of allotting 204 coal blocks in a transparent manner of which 67 blocks have been allotted by either auction or on a nomination basis to state entities. Till now, 29 blocks have been auctioned and another 38 allotted to the state-owned entities. Further, the objective of the government was for a methodology of offering linkages in a transparent manner and auction was not the only option available to them. The government had appointed SBI capital to suggest on this and a policy paper is expected be ready on this by June 30, 2015.

Govt. to invest 1 lakh crore to set up 5new UMPPs

Indian government is planning to set up 5 new ultra mega power projects (UMPPs), under the plug and play model, entailing investments of around Rs 1 lakh crore. UMPP is coal-based thermal power project that has 4,000 MW generation capacity. The govt. however did not announce the states where these projects are proposed to be set up. Under the ‘plug and play’ system coal blocks will be auctioned after they are granted various clearances to speed up and simplify mining and get better valuation. One such project is likely to be set up in power starved state of Bihar. The proposed plant in Bihar may be fed from a mine either in Jharkhand or Odisha. Power Finance Corporation (PFC) is the nodal agency for UMPPs in the country. So far, 4 UMPPs have been awarded, of which Sasan (Madhya Pradesh), Krishnapatnam (Andhra Pradesh) and Tilaiya (Jharkhand) have been bagged by Reliance Power. Tata Power is operating the Mundra UMPP in Gujarat.

The investment climate is positive in the power sector. Due to policy of liberalisation, the sector has witnessed higher investment flows than envisaged. The Ministry of Power has sent its proposal for the addition of 76,000 MW of power capacity in the 12th Five Year plan (2012-17), to the Planning Commission. The Ministry has set a target of adding 93,000 MW in the 13th Five Year Plan (2017-2022). The industry has attracted FDI worth Rs 48,357.00 crore or $9,828.08 million during the period April 2000 to June 2015.

The Power Ministry is working on a proposal to deal with over Rs 4 lakh crore loans of power distribution companies (discoms) with a view to bring down their liabilities and will put it soon before the Union Cabinet. Hit by subsidised tariffs, state electricity discoms are facing cash crunch and are incurring annual losses of about Rs 60,000 crore. This is also affecting public sector banks as their bad loans are rising. The governments will entirely take over the debt of power discoms of eight states under the new financial restructuring plan (FRP) for power distribution companies. These eight states are Rajasthan, Andhra Pradesh, Uttar Pradesh, Tamil Nadu, Haryana, Jharkhand, Bihar and Telangana.

In a bid to raise production of green electricity in the state, the Odisha government has decided to renovate three major hydro-power stations. In this regard, the state government will invest around Rs 887 crore and the hydel-power stations at Hirakud, Chipilima and Balimela would be renovated in phases. Of total, the Odisha government will invest Rs 158 crore to renovate two units (37.5 X 2) of Hirakud power station. The capacity of Hirakud station would increase from 75 MW to 86 MW after renovation. The state govt will also invest Rs 65.67 crore in renovation of 34-MW power station at Chipilima, while Rs 664 crore will be spend in the renovation of Balimela Hydel Project, which has an installed capacity of 510 MW.