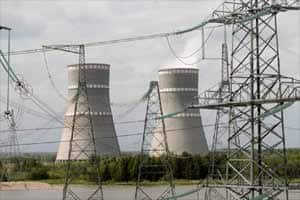 Developers of new coal-based power plants will have to set up renewable power units amounting to 10% of the total capacity, as the government integrated its commitment to reduce the emission intensity of the gross domestic product in a new tariff policy announced earlier this week.

While the new thermal power units, for whom the new norm will be mandatory, will have their tariffs decided factoring in the (usually high) cost of renewable energy, developers of existing coal-based units will be allowed to transmit the additional cost to the consumers if they add generation facilities based on benign, non-conventional sources like solar energy and wind.

Additionally, to the extent of the renewable capacity, the developers will be given relief from inter-state transmission charges for a specified period.

While these measures are in sync with the Modi government’s ambitious plan to augment the country’s renewable energy capacity to a whopping 160 giga watts (GW) by 2022, the changes to the national tariff policy 2006 unveiled by the power ministry also stipulated that distribution companies should be allowed to recover outstanding regulatory asset along with interest within a period not exceeding seven years. The state regulatory commission may specify the trajectory for the recovery, as per the policy.

“The emphasis on renewable energy is forward-looking and commendable but the success of the policy would entirely depend on the financial status of the state electricity board buying such power. Considering that the power available in the spot market is currently below R3/unit, unless the renewable

power cost comes down to R4.5 per unit, the states would find it difficult to procure and pass it on to the consumers,” Debasish Mishra, senior director, Deloitte told FE.

According to the policy, “the renewable energy produced by each generator may be bundled with its thermal generation for the purpose of tariff determination. In case a distribution company procures this renewable power, then this would be considered by the SERCs to meet the Renewable Purchase Obligation of the distribution company.”

“The cost of renewable power generation will determine the success of the policy. At current levels the government will have to subsidise renewable energy for the buyers to buy it,” an executive working at a power generation company said. He added the state-run power developer NTPC was finding it difficult to execute a similar plan that involves bundling solar power with unallocated thermal power as the company has found it difficult to locate buyers for such power.

As regards the transmission sector, the amendments fail to specify a deadline for exemption of inter-state transmission projects (that practically goes to the Power Grid Corporation of India) from the tariff-based competitive bidding (TBCB) route. Although the 2006 policy had set a cut-off date (2013) for awarding projects on nomination basis, the government has continued to award such projects to PGCIL, undermining competition.

While the previous tariff policy had three criteria for not adopting TBCB route, the government has now expanded it to eight instances where bidding could be avoided. “It’s a backward step for transmission sector and in turn for the entire power sector. The criteria for awarding projects on cost-plus basis to PGCIL has stymied the growth of the power sector and robbed the consumers of the benefit that could flow from enhanced efficiency that the private players could bring,” a power transmission company executive told FE.

Accumulation of regulatory assets (unrealised tariff) has been problem for private distribution companies. For instance, the three discoms in Delhi have piled up a combined regulatory asset of over Rs 20,000 crore. This has led to discoms demanding a steep tariff hike only to face stiff resistance from the state government.

Developers of these coal-based units will be allowed pass-through of the extra cost as bundled power.

Existing coal-fired stations will be allowed to transmit the additional cost if they set up renewable energy units.

Regulatory assets will have to be recovered in a maximum of seven years.