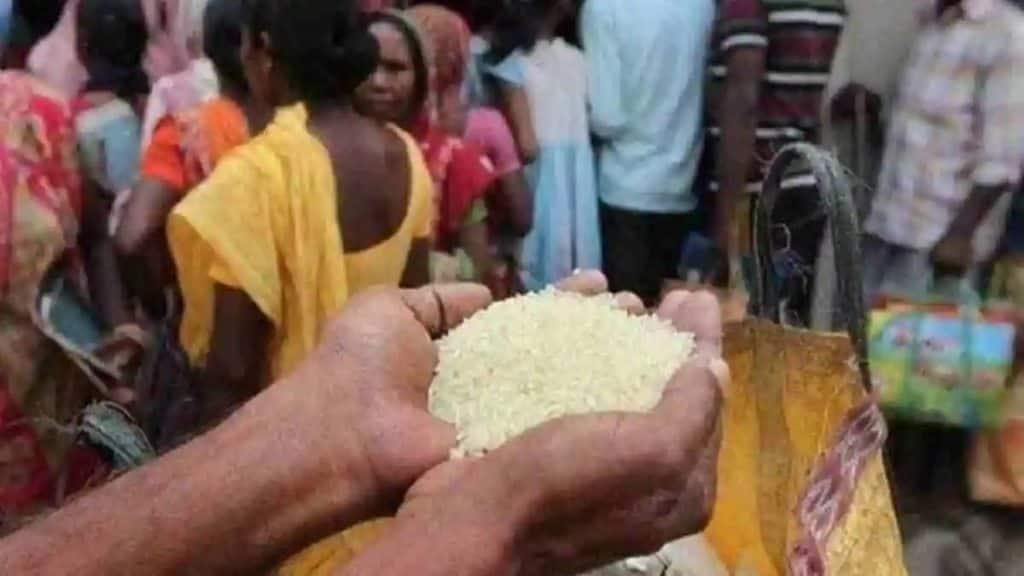 Under PMGKAY, which was launched in April 2020 in the midst of first Covid wave and a stringent nationwide lockdown, 800 million people get 5 kg of food grains free of cost every month. The scheme was to end on September 30.

The government on Wednesday extended the Pradhan Mantri Garib Kalyan Anna Yojana (PMGKAY) by another three months to December 2022, a move which will cost the exchequer Rs 44,762 crore more. The extension of the free ration scheme for the seventh time will make it even more difficult for the Centre to stick to the FY23 fiscal deficit target of 6.4% of the gross domestic product (GDP).

The decision was taken by the Cabinet despite concerns over a likely dip in India’s grain stocks, particularly of wheat, the export of which has already been banned. The global grains stocks are also becoming tight due to the persisting geopolitical tensions.

Under PMGKAY, which was launched in April 2020 in the midst of first Covid wave and a stringent nationwide lockdown, 800 million people get 5 kg of food grains free of cost every month. The scheme was to end on September 30.

While the fiscal cost of the latest extension is estimated on the basis of the economic costs of the grains, the actual cash cost will be roughly 50% of that, after taking into consideration open market sale price of the grains, according to official sources.

Since its launch, the scheme has run continuously, except for a period between December 2020 to April 2021.

An amount of Rs 3.45 trillion has already been spent on the scheme, under which more than 100 million tonne (MT) of food grains have been distributed. In 2020, the government had also distributed 1 kg of pulses under this scheme, but it was discontinued later.

The extension also entails distribution of close to 10 MT of rice and 2.1 MT of wheat to the beneficiaries, identified under the National Food Security Act, free of cost in the next three months.

The government has announced an over Rs 2.4 trillion additional spending on food, fertiliser and fuel subsidies (including Wednesday’s Cabinet decision to extend free ration scheme to December end). Besides this, some Rs 20,000 crore may be provided additionally for LPG subsidy.

“Recognising that people have gone through a difficult period during the pandemic, the government has decided to extend PMGKAY for a period of three months so that poor and vulnerable sections of society are supported during the forthcoming major festivals like Navratri, Dussehra, Milad-un-nabi, Deepawali, Chhath pooja, Gurunanak dev Jayanti, Christmas, etc,” according to an official statement.

Of course, the additional free grains are over and above the normal quota provided under NFSA at a highly subsidised rate of Rs 2-3 per kg.

Sources said that total food subsidy expenditure in the current fiscal could cross Rs 3.2 trillion because of an additional expenditure of Rs 1.24 trillion to run PMGKAY in the April-December 2022 period.

“We have sufficient stocks to meet grains demand under PMGKAY,” Ashok Kumar Meena, chairman & MD, FCI, told FE. He said the paddy procurement for the next season (2022-23) would commence from October 1, bolstering the rice stocks in the coming months.

However, in the case of wheat, the stock could be close to the buffer norm of 13.8 MT for January 1, after the extension of PMGKAY till December 31, 2022. Procurement of wheat for the next season (2023-24 season) would commence from April 1.

The government has already said fertilser subsidy in the current fiscal could increase to more than Rs 2.3 trillion from the budgeted level of Rs 1.05 trillion for FY23, because of a sharp spike in global prices of urea, di-ammonium phosphate and muriate of potash in the last one year.

However, the fetiliser subsidy may rise further as LNG, the feedstock of urea, is under further pressure due to the protracted Ukraine-Russia war.