The policy isn’t clear for players like us and while the Electricity Act, 2003, allows us to put up mini-grids without securing any licence, it doesn’t deal with the situation where centralised grids eventually come in our area of operation, said Manoj Sinha, co-founder, Husk Power Systems 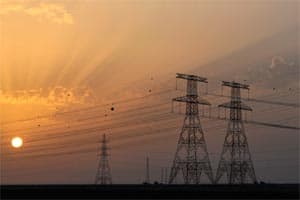 Lack of clarity on policy governing privately-owned renewable energy-based mini-grids is preventing investors from expanding their network in the hinterlands of north India.

Husk Power Systems, which was formed in 2007 and operates over 70 mini-grids in several districts of Bihar, is one such company that is unsure about its investment if the state government decides to install centralised grids in the areas of its operations. Each of the company’s mini-grids is connected to a 25 kW biomass power plant.

“The policy isn’t clear for players like us and while the Electricity Act, 2003, allows us to put up mini-grids
without securing any licence, it doesn’t deal with the situation where centralised grids eventually come in our area of operation,” Manoj Sinha, co-founder, Husk Power Systems. He added that centralised grids jeopardise the viability of mini-grids as consumers prefer power from state discoms which have a dubious distinction on billing efficiency.

The issue was raised with the authorities by California-based SunEdison, when it announced it would install 241 kW of solar PV micro-grids with battery storage in 54 remote Indian villages, providing electricity to 7,800 off-grid individuals. The company had, in September, said it will build, operate and then transfer the facilities to the public within five years.

However, the company had maintained that policy uncertainty would affect its expansion plans in the absence of an investment protection mechanism.

Husk Power uses rice husk as the source of power to cater to nearly 15,000 households in 400 villages, including commercial installations like rice mills in power-starved Bihar. In the last seven years, Husk Power has established a business of selling power to villages for six hours daily at Rs 160 per month but the company, in October, tied up with a US-based photovoltaic maker to install solar power plants to double the capacity of their installments, thus enabling them to offer 24X7 power supply to each household.

Although the firm says the government has assured them of a policy framework to deal with the gray area, the current amendments pending in Parliament do not address the lacunae. “We have proposed several solutions to the authorities to safeguard investments in distributed, mini-grid solutions. One of them is allowing mini-grids to feed in power to a central grid at a fair feed-in tariff. The other option could be of discoms entering into power purchase agreements with us,” Sinha said.

Despite the threat of uncertain policy, Husk Power is looking to raise $10 million for expanding operations in India and Africa. Another US-based solar power producer, SunEdison, which has been developing mini-grids for villages around Lucknow, has raised the issue with the government.