By Prabhudatta Mishra The Centre’s newly launched PM Kisan Nidhi Yojana, an assured income support scheme for farmers, will barely cover the per-hectare expenses on pesticides in many states, leave alone operational or overall cultivation costs. In Andhra Pradesh, for instance, farmers spend some Rs6,200/hectare for applying pesticides on paddy during the summer and winter seasons […] 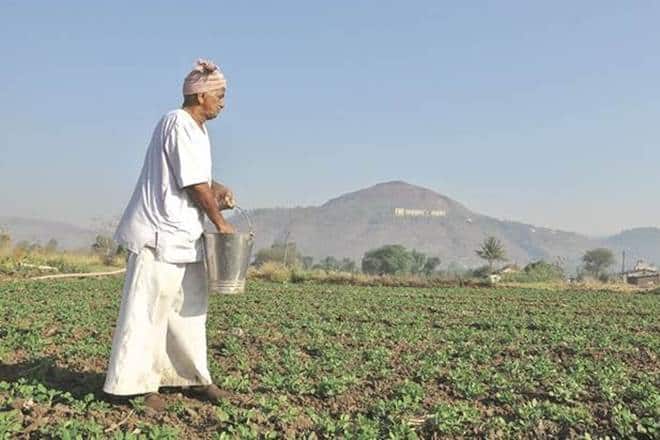 The Centre’s newly launched PM Kisan Nidhi Yojana, an assured income support scheme for farmers, will barely cover the per-hectare expenses on pesticides in many states, leave alone operational or overall cultivation costs. In Andhra Pradesh, for instance, farmers spend some Rs6,200/hectare for applying pesticides on paddy during the summer and winter seasons in a year.

Amid the rising cost of cultivation, while the income support is too little, the government may also find it more challenging to transfer the amount since most states do not have any credible data base of farm land holdings.

For the scheme, a Budget outlay of Rs75,000 crore has been provided for 2019-20 and Rs20,000 crore for December-March this fiscal. The idea is to transfer Rs6,000 in three equal instalments in a year to some 12 crore small and marginal farmers with less than 2 hectare land. The scheme has been implemented with retrospective effect from December 2018 and the first tranche is expected to be transferred to the bank accounts of farmers before March 31.

According to NITI Aayog vice-chairman Rajiv Kumar, the Centre has written to all the states to prepare data base of beneficiaries of small and marginal farmers in villages which will be displayed in the gram panchayat notice board. According to the agriculture census 2015-16, small and marginal farmers constitute about 86% of the total number of farmers in the country, estimated at 14.57 crore.

“There has been data base of farmers in states like Telangana and Karnataka on the basis of land holding. The Centre will have to depend on secondary data from other schemes like soil health card and the Prime Minister Fasal Bima Yojana to identify beneficiaries,” said former Union agriculture secretary Siraj Hussain. The secondary data may not be foolproof and it is even unlikely to be available for the entire 12 crore in such a short period as by March, he said.

The Odisha government has been facing challenges after launching the Krushak Assistance for Livelihood and Income Augmentation (KALIA) in January this year.

Only 13 lakh farmers have received Rs5,000 each as assistance under the scheme while over 66 lakh farmers applied for inclusion to get the benefit. The state has targeted to cover 30 lakh farmers out of over 45 lakh small and marginal farmers by excluding government employees, income tax payee, etc.
“A beginning has been made towards universal income support which no one can stop now,” Hussain said. The PM-Kisan should be seen as an income support assistance as mentioned in the Budget document, rather than helping farmers to partly meet their expenses on cultivation, he said.

However, farmer leaders have asked the government to ensure remunerative price for their crops along with the income support scheme.

The cost of cultivation widely varies from state to state. For instance, operational costs that include labour, fertiliser, pesticides, irrigation of paddy is Rs52,678/hectare in Andhra Pradesh and Rs24,843/hectare in Jharkhand, according to data from the Commission for Agricultural Costs and Prices. Total costs (C2) are even higher as they include rental value of owned land, interest on fixed capital and land revenue.