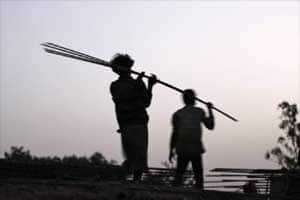 Gujarat has begun a review of its labour laws and plans to bring forth amendments to them in the next session of the state Assembly.

“We are coming out with an amendment Act in the next session. We are making labour laws more industry friendly and at the same time we want to ensure that labour is also looked after…,” Saurabh Patel, Gujarat finance minister told The Indian Express. Gujarat would be the third state to take up amendments to relax labour laws following Rajasthan and Madhya Pradesh. India’s rigid labour laws are considered one of the obstacles to investments. Since labour is on the concurrent list of the Constitution, both the Centre and states can legislate on it.

The NDA government too has begun a review of labour laws at the Centre, enacting amendments to the Apprentices Act, 1961, and the Labour Laws (Exemption from Furnishing Returns and Maintaining Registers by certain Establishments) Bill. It has been hoping that states would follow suit.

“The amendments to the act are still to be approved by the Cabinet,” Patel said on the sidelines of the Vibrant Gujarat Global Summit.