Commerce and industry minister Piyush Goyal is in the US to hold talks with US Trade Representative Robert E. Lighthizer later on Wednesday (Washington time). 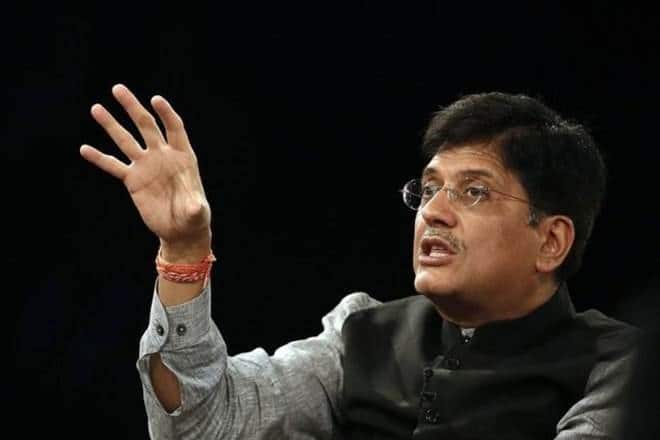 India is pushing for a complete restoration of duty-free export benefits under the so-called Generalised System of Preferences (GSP) by the Trump administration, and not just a partial relief as indicated by the US earlier, as the two sides are in an advanced stage of hammering out broad contours of a limited trade deal. Commerce and industry minister Piyush Goyal is in the US to hold talks with US Trade Representative Robert E. Lighthizer later on Wednesday (Washington time).

India is considering loosening its price control regime for medical devices and applying trade margin on coronary stents and knee implants at the first point of sale (price to stockiest), instead of imposing it on the landed prices, as was planned initially.

For its part, the US is willing to only partially restore the GSP benefits for India — which stood at $240 million in 2018, said the source.

Goyal’s visit is aimed at narrowing differences over the deal that is being negotiated by the two sides for months now.

“The two sides are targeting low-hanging fruits first and decisions on the more difficult matters will be taken later, when they will go for a broader deal,” said the source. The visit takes place at a time when India has pulled out of the RCEP free trade deal, backed by China, and is toying with the idea of a trade pact with the world’s largest economy.

A broader deal with the US could be clinched later when both the sides end differences over the American demand that India scrap or cut duties (20%) on seven ICT products — including high-end cell phones and smart watches, according to the source.

On Thursday, Goyal will be meeting Scott Walker, the president of AdvaMed, the American medical device trade association that has lobbied Washington to impress upon New Delhi to remove its price cap regime for medical devices.

The US also wants India to abolish/cut “not justified” tariff on motorcycles (50%), automobiles (60%) and alcoholic beverages (150%). It is seeking better trade balance with India through greater market access in agriculture and dairy products. Similarly, Washington wants New Delhi to remove price caps on medical devices like stents, a move that will help American companies like Abbott. The US has also expressed concern over what it thinks India’s “frequent changes” to e-commerce FDI rules, and data localisation.

For its part, India is pitching for an exemption from the extra duty imposed by the US on steel and aluminium, resumption of the GSP benefits and greater market access for its products in sectors ranging from agriculture, automobile and auto components to engineering goods.

The “limited deal” was earlier expected to be announced after Prime Minister Narendra Modi’s meeting with American President Donald Trump in New York on September 24.

While the US has been seeking greater concessions from India, it’s reluctant to respond commensurately with its offers and address India’s concerns; instead, it’s still using the issue of its trade deficit with India to extract more from New Delhi, a source had told FE earlier.

US President Donald Trump has already indicated that the two countries will announce a “limited trade” deal soon before sealing a broader trade deal (perhaps a free trade agreement).

India fears that it could lose as much as $3.2 billion a year in customs revenue if it scraps duties on the seven ICT products to accede to US demand.

India’s trade surplus with the US has been shrinking in the past two years, as it has stated importing oil and gas from the largest economy, something that India has been highlighting.