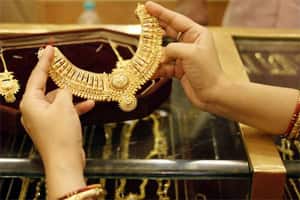 India will weigh the impact of last month’s easing of gold import rules after inbound shipments jumped 38 percent in November to push its trade deficit to an 18-month high, Trade Secretary Rajeev Kher said on Tuesday.

In a surprise move, the world’s second-biggest gold consumer scrapped a rule for traders to export 20 percent of all gold imports, belying expectations for tighter curbs instead.

After the change, gold imports surged to 151.58 tonnes in November, an increase of 38 percent from 109.55 tonnes a month earlier, trade ministry data showed on Tuesday.

That comes after data on Monday showed gold imports surged in value terms in November to $5.61 billion, helping push the trade deficit to an 18-month high.

Gold imports had risen “phenomenally” and the government would examine the impact of last month’s revision of the so-called 80:20 rule, Kher said in the financial capital, Mumbai.

“I am sure the government would like to watch the consequences of that revision,” Kher told a news conference. “So we will wait and take a call at an appropriate time.”

India’s gold imports are typically strong in the second half of the year, as banks and retailers stock up for weddings and  major festivals such as Dhanteras and Diwali, when it is considered auspicious to buy gold.

However, industry officials expect imports of gold to fall in December, unless the government imposes restrictions.

“Demand has come down in December because there are no weddings and festivals in this month,” said Bachhraj Bamalwa, director of industry body the All-India Gem and Jewellery Trade Federation.

“Imports this month would be much lower than November, but could pick up again after mid-January on weddings.”

India last year levied a record import duty of 10 percent on gold and introduced the 80:20 rule after surging trade and current account deficits sparked the worst currency turmoil since its 1998 balance of payment crisis.

But the country has relaxed some of the measures after the current account deficit fell sharply this year, including most recently with the 80:20 rule, giving comfort to policy makers, despite signs of surging gold imports.