On the issue of diversion of surplus coal from Reliance Power’s Sasan UMPP, PAC recommended the de-allocation of “the surplus coal/coal block from Sasan UMPP. 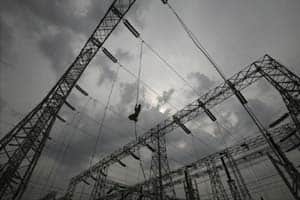 Reliance Power today posted a 38 per cent jump in its consolidated net profit at Rs 351.81 crore for the December quarter, riding on a two-fold increase in electricity generation. (Reuters)

Coming down heavily on the ministries of power and coal, the public accounts committee (PAC) has pointed to flaws in the bidding process followed for awarding the ultra mega power projects and highlighted “several lapses” in allowing diversion of surplus coal by Reliance Power Ltd for the Sasan project.

The PAC, in its draft report on ‘the ultra mega power projects (UMPP) under special purpose vehicles’, has specifically sought investigations by Central investigating agencies in the processes followed for appointing the consultant for the bidding process, the selection of developers, allocation of surplus coal for some projects and “concealment of vital information” by both the Central ministries.

According to the draft report, expected to be tabled in the second half of the Budget session, the PAC has, on the issue of diversion of surplus coal from Reliance Power’s Sasan UMPP, recommended the de-allocation of “the surplus coal/coal block from Sasan UMPP and utilise the same for sovereign national interest in consonance with the avowed objectives of passing on the benefit of cheaper coal to consumers”.

Earlier in 2012, the CAG had found that allowing Reliance Power to divert excess coal from the three coal blocks allocated to Sasan UMPP after its award vitiated the bidding process while resulting in undue benefits to the company.

When contacted on the issue, a Reliance Power spokesperson said, “We are not aware of any PAC report referred in your query. The matter is already sub judice, hence we would not like to make any comment on this.”

Criticising the process of allocation of coal blocks for UMPPs, the report has said that due to absence of a reliable mechanism for correctly estimating the need, three coal blocks — Moher, Moher-Amlohri Extension and Chhatrasal — were allocated for the Sasan UMPP even before final bids and without finalising a proper mining plan.

This, the PAC said, led to availability of surplus coal which unduly benefited the private developer, Reliance Power Ltd. In September 2006, Moher and Moher-Amlohri Extension were allocated for Sasan UMPP on estimation that the project would require development of a coal mine with production of 18-20 million per annum.

However, later the power ministry considered these two blocks insufficient and on its request, the ministry of coal allocated Chhatrasal to Sasan UMPP after de-allocating it from NTPC.

This decision, the PAC said, should be “investigated by one of the Central investigative agencies to fix responsibility and initiate requisite penal action against all those who indulged in misleading and corrupt practices”.

On the appointment of bid process management consultant, the PAC said that undue favours were extended to Ernst and Young by flouting the bidding conditions and undermining transparency and accountability and the entire process followed for the appointment as consultant for four UMPPs should be thoroughly investigated “to unearth possible manipulations and fix responsibility”.

Urging the power ministry to finalise the model power purchase agreement and standard bidding documents with prudence, the report said that a foolproof system of bid management should be put in place.

The PAC has slammed decisions including scaling down of equity holding requirement of parent of bidding company and reduction of normative availability and penalty.