Stating that India can’t become a cashless economy by a midnight announcement, Chidambaram on Monday said that had he been the present FM, he would have never undertaken ‘demonetisation’ exercise like this. 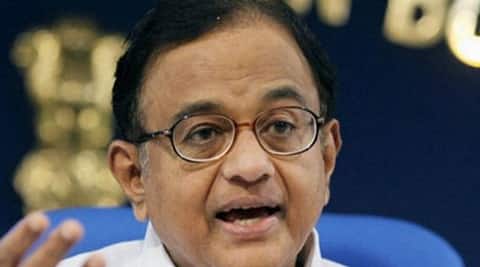 He also added that government's expectation of 8.1% growth in H2 to achieve 7.6% for FY won't be met.

Demometisation: Stating that India can’t become a cashless economy by a midnight announcement, Former Finance Minister P Chidambaram on Monday told ET Now that had he been the present FM, he would have never undertaken ‘demonetisation’ exercise like this. “I would have stopped printing Rs 1000 notes, immediately and phased out Rs 500 notes over 2 years. No major economy in the world has undertaken this kind of demonetisation in 50 years.” “I would have introduced a banking cash transaction tax to keep a trail and would have made high value transactions only by cheque, and not cash,” he said. Speaking on the likely course of interest rates, Chidambaram said, “A rate cut by RBI is both desirable and feasible right now and I support it.” “I also hope Urjit Patel won’t be silent if government adventures with RBI’s balance sheet. There is a case for RBI to lower interest rates right now, MPC must decide the quantum. Wonder if there was a full and free discussion in RBI on demonetisation?”

He also added that government’s expectation of 8.1% growth in H2 to achieve 7.6% for FY won’t be met. “Overall GDP growth for FY17 to be between 5-6%,” he said. Attacking the government over demonetisation, Chidambaram claimed that the move will not meet the objectives of curbing corruption, counterfeit currencies and black marketeering as spelt out by Prime Minister Narendra Modi. However, he added that the “only short-term benefits” of it would result in people shifting towards digital transactions in the urban areas.

No major economy in the world has undertaken this kind of demonetisation in 50 yrs, @PChidambaram_IN tells @SupriyaShrinate. Listen in: pic.twitter.com/Y4uNLTE5r1

Yesterday Chidambaram said said had he been the Finance Minister, he would have resigned from the post if the Prime Minister insisted on demonetisation. “Had the Prime Minister told me ‘I have decided to declare as illegal tenders Rs 1,000 and Rs 500 currency notes’, my advice to him would have been not to do it. Don’t take the decision. “I would have given him facts and figures. But, had he still said ‘Sorry, this is my decision and I will do it’, let me tell you quite candidly, I would have resigned,” said the former Union finance minister.