P Chidambaram urged the government to use its persuasive powers to convince RBI Governor for a rate cut. 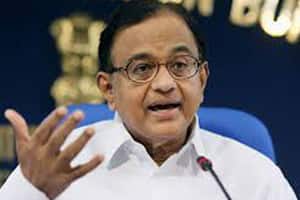 In a statement P Chidambaram said, no one should be surprised that the second quarter of 2014-15 returned a growth rate of 5.3 per cent. (PTI)

Former Finance Minister P Chidambaram yesterday urged the government to use its persuasive powers to convince Reserve Bank of India Governor for a rate cut to boost growth, which has slowed to 5.3 per cent in second quarter of the current fiscal.

In a statement he said, no one should be surprised that the second quarter of 2014-15 returned a growth rate of 5.3 per cent.

“When the government rushed to take credit for the first quarter growth rate of 5.7 per cent, I had cautioned them. All the signs of a sluggish economy were there– low credit growth, a limping manufacturing sector, no new major investments, stalled projects, infrastructure bottlenecks, etc,” Chidambaram said.

He said the government should have focused on these matters but did not. Nor did it use its parliamentary majority and its claim of a ‘strong’ Executive branch to push legislative and administrative measures, he added.

“Government seems to have been seduced by the rise in the stock market and the adulation showered at organised Indian diaspora events. The problems were identified in 2012, corrective measures were taken and momentum was built up in sectors such as electricity, coal, agriculture and reviving stalled projects.

“That momentum should have been maintained- and accelerated- in the first six months of the new government. It did not, and the result is poor Q2 growth,” Chidambaram said.

The former Finance Minister said all was not lost and the government could do a few things in the coming months of this fiscal and revive growth.

It should appoint a head of PMG and unblock stalled projects, which is the best bet to accelerate investments in the real economy immediately.
He also wanted the government to identify a few proposed big ticket investments, foreign or Indian, bring everyone into a room with the Prime Minister and not to disburse without resolving all issues and announce the start date of each investment proposal.

“Use your persuasive powers to convince the Governor, RBI that a rate cut is an imperative, if for no reason other than to signal to investors and consumers that the economy will move toward a lower interest phase,” Chidambaram said.