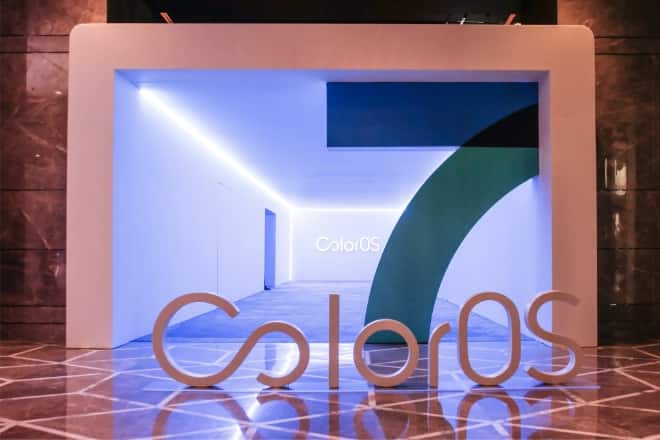 ColorOS 7 is the Oppo's biggest update to its custom skin

While smartphone makers are diligently working towards breaking the monotony in product designs, a recent shift in focus has landed them waging wars against each other to convince customers for their software. A phone’s software carries as much weight to the user experience as the design and hardware. Which is why phone brands have come to emphasise on why their smartphones are more than the devices overstuffed with high-end specifications. Oppo, one of the top five smartphone vendors in India, hosted its first software-centric event in New Delhi to talk about its new software called ColorOS 7.

ColorOS 7 is claimed to be the biggest update to Oppo’s custom skin family, which now has more than 300 users globally, covering 140+ countries. “ColorOS 7 is the perfect continuation of Oppo’s signature brand identity,” said Eddie Opara, a partner at Pentagram, a design agency that Oppo has collaborated with to develop the new software.

The foremost change that ColorOS 7 brings is the system-wide dark mode. Unlike most dark modes, ColorOS 7 will optimise the shade of the dark colour according to the ambience, Oppo said. Of course, it helps in minimisation of battery consumption on phones.

There are several other new features, including new dynamic icons that come with customisation. Oppo said the ColorOS 7 is based on its Infinite Design concept that is minimalistic. A lot of under the hood improvements have been made to ColorOS with the update, which also includes a new video editing app called Soloop.

Oppo also showed off a new dynamic wallpaper, one of the many, that has a photo of Hawa Mahal seen during different times in a day. It is similar to what Apple has done in iOS 13. Hawa Mahal wallpaper is among the features localised for the Indian users. There are a Smart Riding mode and a Riding mode for Indian users that silences notifications when the user is driving a two-wheeler.

For privacy, Oppo is going beyond the features that assist in safekeeping personal data. It has partnered Ministry of Electronics and Information Technology (MeitY) to integrate DigiLocker services to ColorOS 7. Powered by DigiLocker API, a standalone app called DocVault will store government identity cards, including driving license, PAN card, Aadhaar card, with a layer of security.

Localisation in the ColorOS 7 features is credited to Oppo’s Hyderabad R&D facility that has over 280 members. And Manoj Kumar, Senior Principal Engineer of Oppo ColorOS, believes that the faculty will grow to expand “localisation efforts” that Indian users will find productive.

Besides, Realme will begin testing ColorOS 7 for its smartphones starting November 27. Realme X2 Pro will be the first device to get the beta build on December 18, followed by the rollout for Realme XT. The stable rollout will begin in January with Realme 3 Pro and Realme XT as first devices.