No plan to recognise Bitcoin as currency: FM 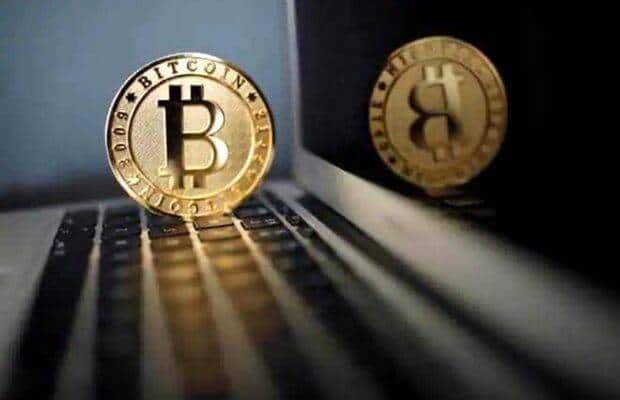 Sources had told FE that government and the RBI apprehended that any move to recognise cryptos as currencies would severely undermine the extant monetary policy framework and jeopardise macro-economic and financial-sector stability.

Finance minister Nirmala Sitharaman on Monday told Parliament that the government has no plan to recognise Bitcoin as a currency, making it clear the government is disinclined to grant legal tender status to private cryptocurrencies.

Recent reports suggested that the government is ambivalent towards the cryptos, which are collections of binary data used as a medium of exchange; some have argued that Bitcoin won’t come under the definition of private cryptos as the transactions are traceable.

The minister also said the government doesn’t gather data on Bitcoin transactions in the country.

Separately, minister of state for finance Pankaj Chaudhary said the government received a proposal from the central bank in October to amend the Reserve Bank of India (RBI) Act, 1934, to widen the definition of “bank note” to include currency in digital form.

“RBI has been examining use cases and working out a phased implementation strategy for introduction of CBDC (central bank digital currency) with little or no disruption,” Chaudhary said in a written reply in the Lok Sabha.

The statements come as the government intends to introduce the Cryptocurrency and Regulation of Official Digital Currency Bill 2021 in the ongoing winter session of Parliament. The Bill seeks to “prohibit all private cryptocurrencies”, although it will allow certain exceptions to promote the underlying technology of cryptocurrency and its uses”, according to the list of legislative business for the winter session. It will also create a facilitative framework for the launch of the official digital currency by the RBI. Currently, cryptos remain unregulated in India.

In her reply to another question, Sitharaman said the RBI had on May 31 advised entities regulated by it (banks, etc) to “continue to carry out customer due diligence processes in line with regulations governing standards for Know Your Customer (KYC), anti-money laundering, combating of financing of terrorism and obligations of regulated entities under the Prevention of Money Laundering Act 2002, in addition to ensuring compliance with relevant provisions under the Foreign Exchange Management Act for overseas remittances”.

Sources had told FE that government and the RBI apprehended that any move to recognise cryptos as currencies would severely undermine the extant monetary policy framework and jeopardise macro-economic and financial-sector stability.

Asked about the purpose of introducing the digital currency, Chaudhary said the CBDC has the “potential to provide significant benefits, such as reduced dependency on cash, higher seigniorage due to lower transaction costs, reduced settlement risk”. Also, it will likely lead to a more robust, efficient, trusted, regulated and legal tender-based payments option. “There are also associated risks, which need to be carefully evaluated against the potential benefits,” he said in the written reply.

Cryptocurrencies typically operate independently of a central bank. These are essentially digital currencies in which encryption techniques are used to regulate the generation of their units and verify the transfer of funds. Bitcoin, for instance, was introduced in 2008 by an unidentified group of programmers.

As FE has reported, the authorities’ discomfit with private crypto stems from the fact that it doesn’t derive its value from any underlying assets or earnings. Since its value depends purely on what an investor is willing to pay for it, the valuation can be easily swayed with speculative bids. Moreover, such currencies typically keep the owners’ identity anonymous, making it difficult to track their flow. This can pose serious security risks, as such currencies can be used to funnel black money or finance terrorism, etc.

Earlier this month, Prime Minister Narendra Modi called on all democratic nations to work together to ensure that cryptocurrency doesn’t end up in wrong hands.