No interim deal, but full-fledged FTA with UK by Diwali: Piyush Goyal 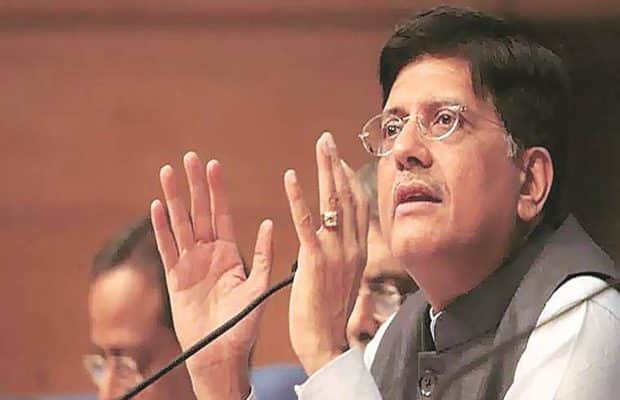 A free trade agreement (FTA) between India and the UK may be clinched by Diwali in October without the requirement of an interim deal, commerce and industry minister Piyush Goyal said in London, appreciating the steady pace of negotiations. Goyal is on a visit to London from Davos ahead of the fourth round of the FTA negotiations between the two countries, scheduled for June 13 in the UK.

“Canada is progressing well towards an early harvest agreement. With the UK, we had agreed to do an early harvest agreement — basically, to grab the low-hanging fruit and leave the more difficult elements for the next stage and give the people of both countries the confidence that this agreement is a win-win,” the minister said. “But the way things are progressing, we’ll actually land up doing a full FTA with the UK by Diwali. I have had very good meetings on it,” he said. The minister was speaking at a curtain raiser event on Thursday evening for the annual UK-India Week by the India Global Forum, scheduled from June 27.

Goyal highlighted the “relentless work” and “engagement with stakeholders” that are needed before hammering out an FTA. “When you do a trade deal, you are crystal-gazing 30-50 years into the future, so you have to be very careful. I can’t afford to make a mistake… everybody has to be very cautious. Lot of modelling has to be done,” he said.

Earlier on Thursday, Goyal held “productive discussions” with his UK counterpart Anne-Marie Trevelyan on the FTA negotiations. The discussions centred round opportunities to unlock the full potential of bilateral trade and opening up new areas for businesses from both the sides.

During his India visit in April, British Prime Minister Boris Johnson had pitched for wrapping up the FTA by as early as Diwali. Prime Minister Narendra Modi had then highlighted the “good progress” being made in the talks and offered to move “at the same pace and with the same commitment” with which New Delhi had hammered out trade deals with the UAE and Australia. Both India and the UK launched formal negotiations in January for the FTA, which could ultimately cover more than 90% of tariff lines.

They aim to double bilateral trade of both goods and services to about $100 billion by 2030. The India-UK trade is dominated by services, which make up about 70% of the overall annual commerce. Johnson has favoured more visas to Indian skilled IT professionals to tide over a shortage in the UK.