No immunity to those who earned money through corruption: Finance Minister 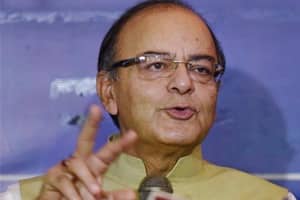 The four-month window which opens on June 1 provides an opportunity to people having undisclosed income to come clean by paying tax, penalty and surcharge totalling 45 per cent of fair market value.

The 14-Frequently Asked Questions (FAQs) further said declarations made will remain confidential as in the case of return of income filed by an assessee.

The declarant, it further said, will be liable for capital gains tax on sale of such assets in future.

On a question whether a person can declare undisclosed income which has been acquired from money earned through corruption, the FAQ said “No”.

The scheme will not apply in relation to prosecution of any offense punishable under the Prevention of Corruption Act, 1988.

“Therefore, declaration of such undisclosed income cannot be made under the scheme,” it said, adding such declaration will amount to misrepresentation of facts and hence void.

As per the FAQ, if a declaration is held as void, the provisions of the Income-tax Act will apply in respect of such income as they apply in relation to any other undisclosed income.

The scheme for domestic black money holders follows a similar one for those having undisclosed foreign assets.