For addressing anomalies in the existing Agricultural Produce Market Committee (APMC) Act and to boost farmers’ income, the Niti Aayog has called a wmeeting of state agriculture ministers later this month where the new model APMC Act would be unveiled. 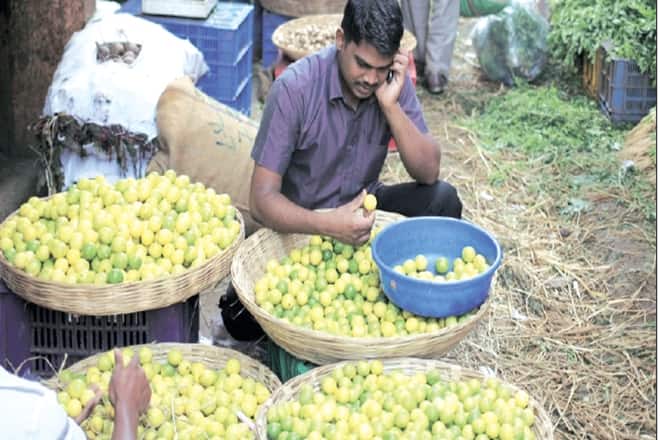 For addressing anomalies in the existing Agricultural Produce Market Committee (APMC) Act and to boost farmers’ income, the Niti Aayog has called a wmeeting of state agriculture ministers later this month where the new model APMC Act would be unveiled.

Sources told FE that the revamped model APMC Act, would likely to include provisions for single-point levy of taxes, uniformity in mandi taxes, delisting of fruits and vegetables out of the APMC ambit, electronic trading and allowing private players to have their own market yard.

The new proposed act would likely to remove the concept of notified market or mandi area which will enable farmers to sell their produce to highest bidder. The entire state would likely to be treated as one market for promotion of contract farming. At present states such as Punjab and Haryana levy 14% taxes, including VAT, mandis taxes etc on the grain purchased from the farmers which drives away private procurers of the commodity.

An agriculture ministry official said that the government has been providing greater emphasis on improving post-production infrastructure — storage, transportation, food processing and marketing of the agricultural produce, which will ensure remunerative returns to farmers. The official stated that the focus of the government is to bring greater transparency and competitiveness in price discovery for bringing benefits to farmers, The official acknowledged that the implementation of model APMC act of 2003 had been rather ‘patchy’ and ‘uneven’ across the states.

On Wednesday, Niti Aayog member Ramesh Chand held a meeting with agriculture secretaries from states to seek their inputs on draft APMC act prepared by the agriculture ministry. Meanwhile, about 400 odd AMPCs across 13 states were integrated to electronic National Agriculture Market (eNAM), launched around two year ago. Around 38 lakh farmers of an estimated 14 crore in the country have registered with e-NAM so far. More than 87,000 traders and 43,000 commission agents have also been registered. India’s total trade in agricultural commodities is worth more than `6 lakh crore annually.

However, as many as 18 states and union territories, including Andhra Pradesh, Gujarat, Maharashtra, Karnataka, Rajasthan, Madhya Pradesh and Uttar Pradesh have fully or partially modified their APMC laws for allowing electronic trade within the mandi premises.

The states that are yet to do so include Odisha, Tamil Nadu, West Bengal and Assam, while eight other states and union territories including Bihar, Kerala and Manipur do not have any APMC laws. The farmers in these states are deprived of the e-NAM facility. The government is aiming at integrating 585 APMCs under one electronic platform by March, 2018.