MoS Finance Pankaj Chaudhary said that a proposal from the RBI was received in October 2021 for the amendment to the Reserve Bank of India Act, 1934 to enhance the scope of the definition of ‘bank note’ to include currency in digital form. 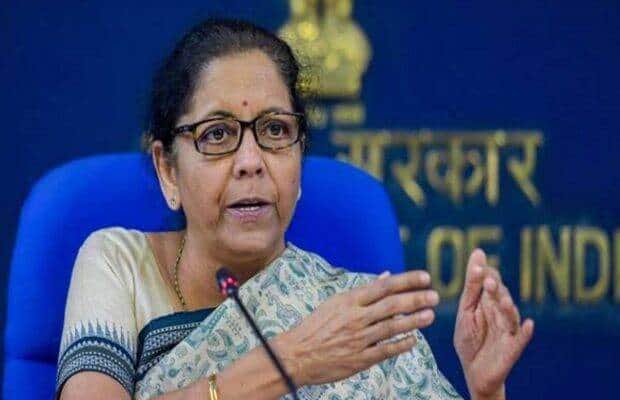 The Crypto bill listed for introduction in the current Winter Session would look at creating a framework for the creation of the official digital currency to be issued by the RBI. (Image: PTI)

Finance Minister Nirmala Sitharaman on Monday informed Parliament that the government doesn’t have any proposal to recognise Bitcoin as a currency in the country. “No, sir,” said Sitharaman replying to a question in the Lok Sabha that whether there is a proposal to recognise the virtual currency. The finance minister also said that the government doesn’t collect data on Bitcoin transactions.

“It is clear that the Indian government is concerned about the impact Bitcoin will have on its monetary policy if Bitcoin is accepted as legal tender. At present, it seems that there is no intention to allow Bitcoin to be used for the purchase and sale of goods and services in the country. It is surprising that Bitcoin data is yet not tracked even though it is evidently prevalent in India. As regulations around cryptocurrency crystallise, there is likely to be disclosure requirements and more information about Bitcoin availability,” L Badri Narayanan, Executive Partner, Lakshmikumaran & Sridharan Attorneys told Financial Express Online.

Moreover, in a separate question on whether the government has any proposal to introduce Central Bank Digital Currency (CBDC) in the country, MoS Finance Pankaj Chaudhary said that a proposal from the Reserve Bank of India (RBI) was received in October 2021. Chaudhary added that the proposal was to amend the Reserve Bank of India Act, 1934 to enhance the scope of the definition of ‘bank note’ to include currency in digital form. “RBI has been examining use cases and working out a phased implementation strategy for the introduction of CBDC with little or no disruption,” MoS said.

“Introduction of CBDC has the potential to provide significant benefits, such as reduced dependency on cash, higher seigniorage due to lower transaction costs, reduced settlement risk. Introduction of CBDC would also possibly lead to a more robust, efficient, trusted, regulated and legal tender-based payments option,” Chaudhary added noting that there are also associated risks that need to be carefully evaluated against the potential benefits.

The Cryptocurrency and Regulation of Official Digital Currency Bill, 2021 listed for introduction in the current Winter Session would look at creating a framework for the creation of the official digital currency to be issued by the Reserve Bank of India. Moreover, it would also seek to prohibit all private cryptocurrencies in India barring ‘certain exceptions’ to promote the underlying technology of cryptocurrency and its uses, the government had said in the legislative agenda released last week.

In a separate development related to the crypto bill, the Bombay High Court on Monday directed the government to apprise it on January 17, 2022, about the introduction of the bill on cryptocurrency and what further action has been taken on the issue, news agency PTI reported. The court was hearing a PIL filed by advocate Aditya Kadam, seeking directions to the central government to formulate laws to govern the use and trade of cryptocurrency within the country. Advocate Kadam noted that the unregulated business of cryptocurrency in the country affects the rights of the investors as there is no mechanism in law to redress their grievances.

Advocate D P Singh, appearing for the Centre, told the court that the Cryptocurrency and Regulation of Official Digital Currency Bill has been introduced and would be discussed in the winter session of Parliament, the news agency added. The court said it would keep the petition for further hearing on January 17.

Next Story
Indian economy in better shape than a year ago, says Pinaki Chakraborty