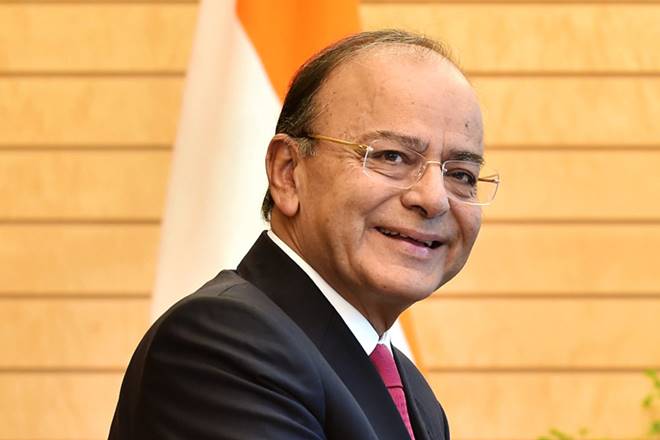 Nirmala Sitharaman Corporate Tax Cut announcement: Former Union Finance Minister Arun Jaitley’s promise to lower corporate tax rate has been finally fulfilled. Finance Minister Nirmala Sitharaman today announced that any domestic company will have an option to pay income tax rate of 22 per cent from FY 2019-22. To avail the lower tax benefit, such companies would have to give up any exemption or incentive from the government. Sitharaman said that effective rate for these companies will be 25.17 per cent and they will also not be required to pay the Minimum Alternate Tax (MAT).

Six months back, Jaitley, who died last month, had promised to lower corporate tax rate to 25 per cent for all companies when the Goods and Services Tax (GST) collections improve. After meeting Jaitley o March 5, Ficcci President Sandip Somany had told reporters, “He (Jaitley) has promised that as the revenue collections from GST go up over a period of time, he will rationalise the taxes for the rest of the corporate sector over the next few years.”

A Finance Ministry statement dated March 5, 2019, had also quoted Jaitley as saying that the “the thrust of the Government is to lower the tax rate and widen the tax base and keep the revenue collections moving-up.”

The late finance minister had further said that the government was committed to keep “this growth momentum high and inclusive to ensure that the benefits of growth reach to all sections of the society especially to the vulnerable and weaker sections.”

In his budget speech of 2015-16, Jaitley had said that the corporate tax rate would be lowered to 25 per cent from 30 per cent in four years (by 2019). He had also said that all exemptions would be phased out.

Subsequently, in Budget 2017, the government reduced the corporate tax rate to 25 per cent for companies whose turnover was less than Rs 50 crore in FY 2015-16.

With Sitharaman’s announcement today, which brought cheers in the markets grappling with slowdown fears, Jaitley’s four-year-old announcement has come true.

Sitharaman also announced that to provide a boost to ‘Make-in-India’ initiative of the Government, a new provision has been inserted in the Income-tax Act with effect from FY 2019-20. This will provide any new domestic company – incorporated on or after 1st October 2019 and making fresh investment in manufacturing – an option to pay income-tax at the rate of 15%. “This benefit is available to companies which do not avail any exemption/incentive and commences their production on or before 31st March, 2023. The effective tax rate for these companies shall be 17.01% inclusive of surcharge & cess. Also, such companies shall not be required to pay Minimum Alternate Tax,” a Finance Ministry’s statement said.