New explorers expected to be among winners of small fields

The contracts for exploration of 67 small and marginal fields that went under the hammer recently are expected to go to 15-16 consortiums and some 18 individual companies, including those that will enter the field for the first time. 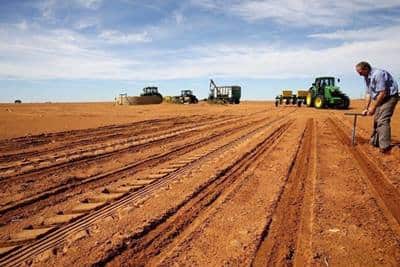 15-16 consortiums are also expected to get contracts (Representative Image: Reuters)

The contracts for exploration of 67 small and marginal fields that went under the hammer recently are expected to go to 15-16 consortiums and some 18 individual companies, including those that will enter the field for the first time. According to a government official, who did not want to be named, an announcement to this effect can be expected within a fortnight. In the first round of discovered small-fields auction, 42 firms placed a total of 134 bids, for 34 out of a total 46 contract areas having a total of 67 fields on offer, which translates to nearly 73% of the areas receiving bids. There were around 30 new companies that put in bids to enter India’s upstream oil and gas market. “The total number of winning companies will be higher as many of them are consortiums,” said the official.

The agreements with the winners of Round 1 are expected to be closed by March-end. The official quoted above also added that the paperwork for the second round of auction of discovered small fields is underway too.“We are working on the technicalities and the second round will be launched as soon as it is over. It may take a month as we are assessing the reserves,” said the official.

A discovered field is one whose reserve position is known. The fields under offer were discovered by Oil and Natural Gas Corp (ONGC) and Oil India. Operators will be able to move to the development stage directly without spending time and funds on exploration. The pre-determined fixed timelines to commence production are three years for onshore, four years for shallow-water and six years for deep-water fields. Proven reserves in these auctioned fields are estimated to be 88 million tonne.

The auction of discovered fields came at a time when the Narendra Modi-led government is focusing to reduce its hydrocarbon imports by 10% by 2022 by enhancing domestic production, increasing fuel efficiency and using alternative energy. India currently imports 70-75% of its energy requirements.

The auction was done on a new revenue-sharing model, wherein bidders had been asked to quote the revenue they will share with the government at low and high-end of price and production band.