In the wake of criticism that GDP calculations failed to measure the impact of demonetisation on the unorganised sector, the government’s Chief Statistician prefers a regular and timely sample survey over which discussions are already on with technical experts. 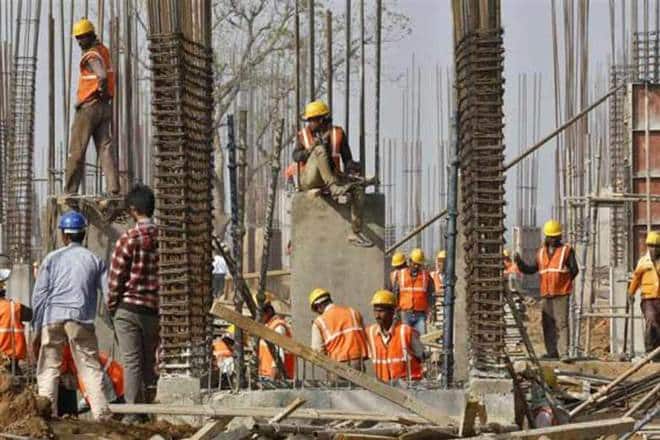 He said that the proposal on a more regular unorganised sector survey is yet to be placed before the government at a formal level. (Reuters)

In the wake of criticism that GDP calculations failed to measure the impact of demonetisation on the unorganised sector, the government’s Chief Statistician prefers a regular and timely sample survey over which discussions are already on with technical experts. “Yes, we do have a direct measure of the unorganised sector in the GDP calculations. The least direct in the unorganised sector is manufacturing. I do not get regular estimates of the data. I only get it through sample surveys which happen only once in five years,” Chief Statistician T.C.A. Anant told IANS in an interview. “Therefore, ideally, we would like to have a sample survey which would capture unorganised manufacturing more regularly. This is something that will be needed to be thought about and as a Chief Statistician, I think it’s the direction we are likely to go in future. It is being discussed with technical experts,” Anant said.

He said that the proposal on a more regular unorganised sector survey is yet to be placed before the government at a formal level. “Converting the technical discussion into a proposal that is formally considered by the government is a process. There have been discussions, I won’t say at a formal level.” He said that he cannot put a timeline to when it would happen as the designing of an annual survey is a cumbersome process and the instrumentalities and design need to be worked out along with the resources.

“Regular surveys are more complex to design. An annual survey is quite a cumbersome task. But it’s worth considering. How long will it take, what will be the resource implication…it will need to be worked out,” Anant said. The Chief Statistician said that the challenge was not of resources but of coming up with a compatible time series.

“Regular surveys are possible. From the viewpoint of conducting quarterly surveys in the field, the answer is yes, give me resources. But what design should I follow so that the numbers that come up constitute a time series that is compatible. There needs to be coherence in design that permits a time series to come up. That is partly a resource and partly a statistical problem,” he said. “Let the people who are experts in the field come up with suggestions (and we will see) how they can be operationalised. It is being discussed,” he added.

In the GDP calculations, the informal sectors in agriculture, retail trade and construction are well covered in the sense that there are data directly related to their activities. But there is no regular direct measure of unorganised sector manufacturing. NSSO Enterprise Survey is a direct measure of unorganised manufacturing, which is conducted once in five years. The last survey was done before demonetisation in 2015-16.

In agriculture, there is direct data collection on acreage, yield and cost of cultivation that is supervised by the Agriculture Ministry. The second part of informal sector is trade for which data is available by the volume of retail trade activity for sales tax. Small traders also pay sales tax because the method of sales tax collection implies that every item sold gets into the tax net. For informal trade in the construction sector, the government makes an assessment on the basis of inputs used like cement, steel and other construction material.