Almost every plan unveiled by the Narendra Modi government ― be it Smart Cities, Swachh Bharat, Ganga cleaning ― are all intricately connected to IoT. 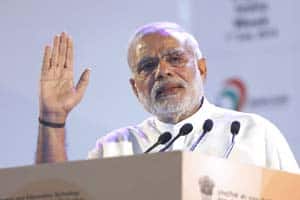 Almost every plan unveiled by the Narendra Modi government ― be it Smart Cities, Swachh Bharat, Ganga cleaning ― are all intricately connected to IoT. (Reuters)

Over the past couple of years, the Internet of Things (IoT) has been making waves across the world. While many Indian companies have been doing pilots over the last 18 months, till quite recently, there was not much of an impact within the country. That lethargy has been replaced by an intense drive now thanks to the government’s Digital India plan which is working on three planks ― building a robust infrastructure, creates skills and innovation.

Almost every plan unveiled by the Narendra Modi government ― be it Smart Cities, Swachh Bharat, Ganga cleaning ― are all intricately connected to IoT. The quickest way for the Ganga rejuvenation plan to work is by installing sensors at the outlet of the factory discharge. The Nirbhaya project where there is talk of installing GPS devices to be put in public and private vehicles is also an IoT scheme. The government plan to link 2.5 lakh village panchayats with broadband connectivity can help roll-out village level BPOs.

One area where a lot of IoT activity will happen is in Smart Cities. Now that the 98 cities have been identified, the cities are beginning to get their act in place. Among the services being planned are smart lights as a service. Basically, what this means is that streetlights can be controlled from a remote location. It can also reduce and increase illumination, have alternate lights on and off, and have a smart meter to check on grid use and control electricity usage. To leverage the existing physical infrastructure, and improve security levels, cities are also looking to install cameras on streetlights.

However, IoT benefits are not restricted to large programmes. Recently, Tech Mahindra has launched sZenseEYE goggles that allow the blind to interact by helping them navigate without any external aid. Says Rishi Mohan Bhatnagar, Global Head, Digital enterprise services, TechMahindra: “There are 200 blind people in Bangalore who are using the sZenseEYE. The sensors can tell them that there is a person one metre ahead, or that there is a desk behind them. The idea is to work on solutions that make life easier for people.”

One area where a lot of activity is happening relates to automobiles. Mahindra’s electric car, Reva e20, is a connected car. The e2O is loaded with 136 sensors which generate all kinds of analytical reports ― both preventive and pro-active. That helps analyse what new things can be added on to the car and what services can be provided to owners. Bhatnagar cites the example where the tyre of an e2O driven by a woman got stuck in a hole. The agent could see that while the tyre was moving, the car was not. It is possible to call the user and inform him that help is on the way.

While all the exciting work is happening in IoT, the big worry area is interoperability. With multiple standards in play, it will be awhile before the world adopts a single IoT standard.