The Narendra Modi government seems to have done right on one count—employment generation. 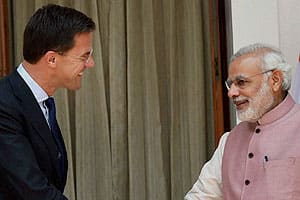 The Narendra Modi government seems to have done right on one count—employment generation. A labour ministry survey found 2.75 lakh job created between July and December 2014, a 118% year-on-year increase—in the same period in 2013, just over 1.2 lakh jobs had been created. Given the government’s Make-in-India initiative focuses on creating jobs in 25 sectors, the rise in employment numbers are an indication of a good beginning. The government, however, will have to undertake many steps, including skill-development of 12 million youth entering the workforce each year, if the momentum is to sustain.

As per the finance ministry’s annual report for 2014-2015, the growth rate of the labour force will outstrip that of the country’s population till 2021.The key challenge, therefore, would be improving the employability of the youth, and for this, the need is of skilling (including upgrading existing skill-sets) of 500 million individuals by 2022. While the National Skill Development Corporation—that has been tasked with skilling 150 million youth in partnership with the private sector—so far it has skilled a little over 5.1 million and has managed to get just over 1.5 million placed. Though, given the duration that NSDC has been around, that is impressive, it is still a far cry from the target.