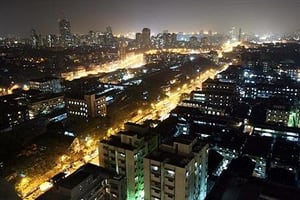 India’s populous coastal cities Mumbai and Kolkata are most vulnerable to loss of life and properties due to coastal flooding in the second half of the century, the government has said quoting a UN report ahead of a key global climate conference in Peruvian capital Lima.

“… India is among the top 20 countries and regions most at risk based on analysis of climate risk and coping ability. Mumbai and Kolkata will have the greatest population and assets exposure to coastal flooding in 2070,” he said.

The minister’s statement assumes significance at a time when representatives of governments are scheduled to meet in Lima from tomorrow for the Climate Change Conference to lay the foundation for an effective, new and universal climate change agreement in Paris in 2015.

Last week, the UN Environment Programme had underscored the need for global emissions to peak within the decade and then to rapidly decline so that the world can reach climate neutrality â€“ also termed zero net emissions â€“ in the second half of the century.

With climate change impacts worsening and affecting the poor and most vulnerable, governments urgently need to scale up adaptation to climate change, according to the United Nations Framework Convention on Climate Change (UNFCCC).

“Never before have the risks of climate change been so obvious and the impacts so visible. Never before have we seen such a desire at all levels of society to take climate action,” said Christiana Figueres, Executive Secretary of the UN Climate Convention.

Figueres said “it is hugely encouraging” that “countries have already been outlining what they intend to contribute” towards the climate action, referring to the recent agreement between China and the US to reduce greenhouse gas emissions.

Climate expert Chandra Bhushan, however, said the deal signed between China and the US “was not in line with the principals of the UN Convention”. In Lima, India must work harder with developing countries and push for an ambitious global deal which is equitable and saves the world from catastrophic climate impacts, he said.

“India must push for a principle-based emissions reduction target for all countries. This is the only way the world can remain within the planetary limits,” Bhushan said.

In a statement issued ahead of the Lima meet, Figueres said, “Never before has the society had all the smart policy and technology resources to curb greenhouse gas emissions and build resilience… We can be confident we will have a productive meeting in Lima, which will lead to an effective outcome in Paris next year.”

The UN has said, in Lima, all governments need to work towards streamlining elements of a draft agreement for Paris 2015 and explore common ground on unresolved issues in order to achieve a balanced, well-structured, coherent draft for the next round of work on the text in February next year.

The governments meeting under the “Ad Hoc Work Group on the Durban Platform for Enhanced Action” (ADP) needs to define the scope and the type of contributions they will provide to the Paris agreement, along with clarity on how finance, technology and capacity building will be handled, it says.

Countries will put forward what they plan to contribute to the 2015 agreement in the form of Intended Nationally Determined Contributions (INDCs) by the first quarter of 2015, well in advance of the Paris conference in December.

The Lima conference needs to provide final clarity on what the INDCs need to contain, including for developing countries who are likely to have a range of options from, for example, sector-wide emission curbs to energy intensity goals.

According to Figueres, “countries are working hard to increase emission reductions before 2020, when the Paris agreement is set to enter into effect. Pathways on how to accomplish this will also be a key issue before nations in Lima.”

Union minister Javadekar will be part of the high-level Indian delegation to the Lima Conference.

In addition to progress made to date towards a Paris agreement, the political will of countries to provide climate finance is increasingly coming to the fore. At a recent pledging conference held in Berlin, Germany, countries made pledges towards the initial capitalisation of the Green Climate Fund totalling nearly USD 9.3 billion.