Must Read
Understand how brands are created at this year’s BrandWagon Conclave | Watch Live
Union Budget 2023 – Stay updated with FE Online’s Budget coverage
2023 Honda City facelift India launch soon: What to expect?
If ChatGPT were your Finance Minister for Budget 2023, would you get tax cuts?
Pause slide

At a fireside chat with Facebook head Mark Zuckerberg, he said India’s middle-class, which is about 50 per cent of the nation’s total number of households, will grow three to four per cent per year. 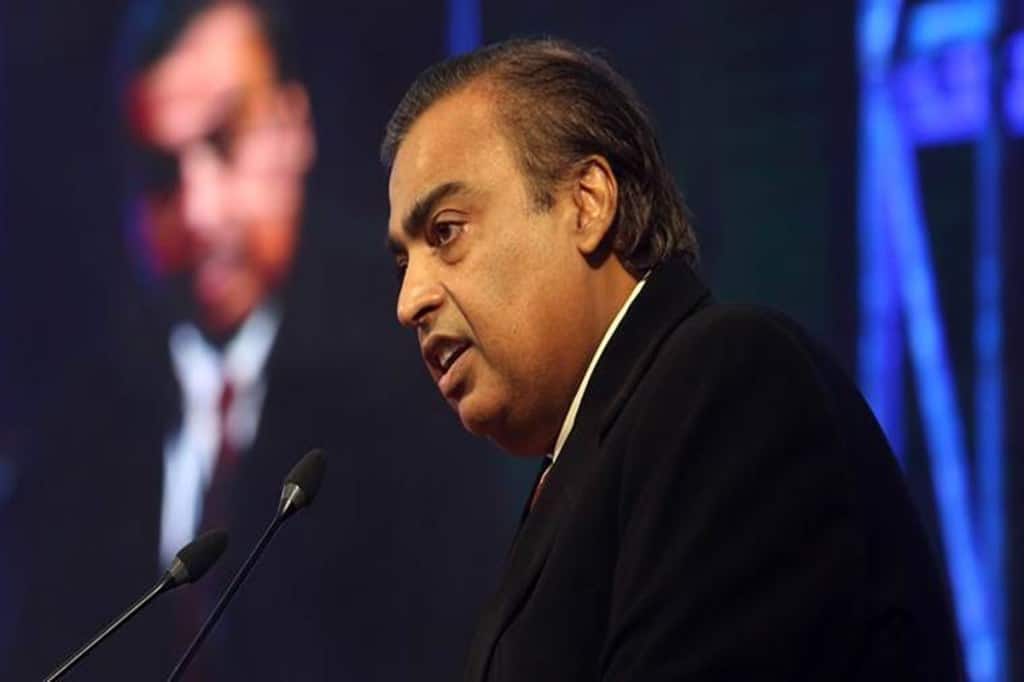 "I firmly believe that in the next two decades, India will grow to be among the top three economies in the world," said Ambani, who heads oil-to-retail-to-telecom conglomerate Reliance Industries Ltd. (File photo: IE)

Richest Indian Mukesh Ambani on Tuesday said India will grow to be among the top three economies in the world in the next two decades and per capita income would more than double. At a fireside chat with Facebook CEO Mark Zuckerberg, Ambani said India’s middle-class, which is about 50 per cent of the nation’s total number of households, will grow three to four per cent per year.

“I firmly believe that in the next two decades, India will grow to be among the top three economies in the world,” said Ambani, who heads oil-to-retail-to-telecom conglomerate Reliance Industries Ltd. More importantly, it will become a premier digital society, with young people driving it.

“And our per capita income will go from USD 1,800-2,000 per capita to USD 5,000 per capita,” he said. Facebook, Jio and many other companies as well as entrepreneurs in the world have a golden opportunity to be in India, and be part of the economic and social transformation that will accelerate in the coming decades, he added. Ambani said India has faced the COVID crisis with enormous resilience and resolve.

“The sheer magnitude of COVID-19 pandemic, like everybody else in the world, did startle all of us in India. But then I think it is not in India’s DNA to be deterred by a crisis,” Ambani said, adding that every crisis presented an opportunity for new growth. India is ready and pretty much on par with the world to roll out one of the largest vaccine programmes in the first half of 2021, he added.

From building a hospital dedicated to COVID-19, to producing PPEs, and from meal distribution programmes for vulnerable sections, to Jio ensuring connectivity and handling the rise in network traffic as people worked from home, Reliance and Reliance Foundation had taken a series of steps in the face of the pandemic.

“…Sometimes I wonder that if the pandemic had struck India just four or five years earlier, we would not have been in as good a shape as what we are today, with all the connectivity we have,” Ambani said, lauding the Digital India vision. It is during the pandemic that India has attracted the largest foreign direct investment in its history.

“…We have our own example of how Jio and Facebook concluded our partnership right in the middle of lockdown,” Ambani said, referring to Facebook’s Rs 43,574 crore investment in Jio Platform earlier this year.

Ambani said he is of the firm belief that technology, with all the digitisation steps that India has taken, will democratise the wealth and value creation for individuals and small businesses.

“And together with our platforms and the tools that we will provide to small businesses and to individual consumers, I believe will drive India to a 5 trillion economy and will make a much more equal India, with more equal wealth growth at the bottom of the pyramid,” Ambani said. There are great future opportunities in areas like education and healthcare, he said, adding that the next two decades will prove to be “historic” in terms of the social and economic transformation.