Much at stake for India as WTO talks lose steam

However, in the absence of a strict time-line for reconvening the ministerial, which typically brings in the urgency to resolve outstanding issues, developing countries will find it difficult to make substantial headway in negotiations anytime soon. 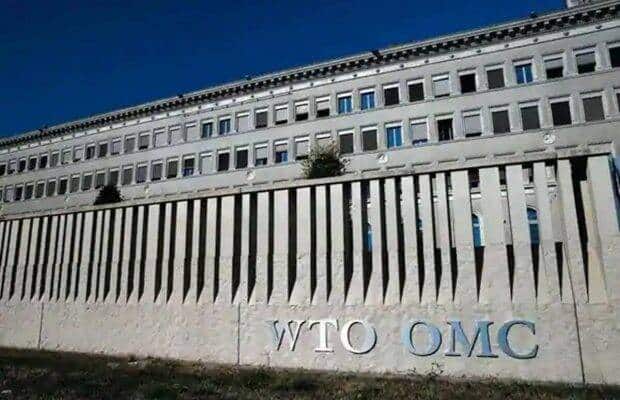 Following persistent attack by the US on countries, including China and India, for “self -designating” themselves as developing nations at the WTO to enjoy special and differential trade benefits, New Delhi has rooted for a policy of voluntary forgoing of such a status.

As the 12th ministerial of the World Trade Organization (WTO), scheduled to start from November 30, gets deferred indefinitely due to emerging Covid situations, fate of several critical issues relevant to developing countries, particularly India, hangs in balance.

Official sources told FE that New Delhi, meanwhile, will continue to work with other developing nations and press for key demands, including a patent waiver to manufacture Covid-19 vaccines, a permanent solution to its public procurement programmes for food security, no immediate end to fishery subsidy for most developing countries, and WTO reforms.

However, in the absence of a strict time-line for reconvening the ministerial, which typically brings in the urgency to resolve outstanding issues, developing countries will find it difficult to make substantial headway in negotiations anytime soon.

But the key is to “keep persisting”, they added.

Foremost among the demands by India and the rest of the so-called G-33 (a coalition of developing nations) is a permanent solution to the issue of public procurement for food security. India’s key procurement programmes are protected from penal provisions under a peace clause secured at the WTO’s Bali ministerial in 2013 (its permanent status was affirmed in late 2014). But some countries started making fresh demands on safeguards and transparency obligations after New Delhi invoked the peace clause for its rice procurement in 2018-19 and 2019-20.

New Delhi has been seeking a lasting solution at the WTO so that this protection under the permanent peace clause gets further bolstered and even if a member-nation reneges on its promise and complains about India’s procurement programme, the disputes settlement mechanism of the global body won’t consider its appeal.

It will also seek a special safeguard mechanism for developing nations, along the lines of the one available to the developed ones, to protect their farmers from any irrational spike in imports.

India will continue to work with allies to put pressure on developed economies like the EU for an intellectual property rights waiver for Covid-19 vaccines and supplies to better fight the pandemic across the globe. The proposal–floated jointed by India and South Africa a year ago–has faced stiff resistance mainly from the EU, the UK and Switzerland, although the US, after initial reluctance, endorsed the waiver.

Shyamal Misra, a joint secretary at the commerce ministry, said on Thursday that India would not just speak for itself on the issue but for other developing countries it is closely working with.

New Delhi favours a 25-year exemption from over-fishing subsidy prohibition for developing countries that are not engaged in distant-water fishing. At the same time, it suggests big subsidisers abolish their dole-outs within these 25 years, setting the stage for most developing nations to follow suit.

India believes that big subsidisers (advanced fishing nations) must take greater responsibility in scrapping their dole-outs and reducing fishing capacities, in sync with the principles of “polluter pays” and “common but differentiated responsibilities”.

Massive subsidies, extended mostly by large fishing nations, have contributed to the overexploitation of the world’s fish stocks. An independent study by a group of authors, led by U Rashid Sumaila of University of British Columbia, shows the fishery subsidy in India stood at only $227 million in 2018, way below $7.26 billion in China, $3.80 billion in the EU, $3.43 billion in the US, $3.19 billion in South Korea and $2.86 billion in Japan.

Following persistent attack by the US on countries, including China and India, for “self -designating” themselves as developing nations at the WTO to enjoy special and differential trade benefits, New Delhi has rooted for a policy of voluntary forgoing of such a status.

It has also stressed that any reform agenda must be “development-centric, preserving the core values of the multilateral trading system and strengthening the provisions of special and differential treatment” for poor and developing countries in both existing and future pacts.

New Delhi has also called for expeditious restoration of the almost- dysfunctional Appellate Body of the WTO for dispute resolution, without diluting its core features. The US has blocked the appointment of judges, thus crippling the WTO’s appellate mechanism.