For the coming year, HR experts forecast pay hikes of 12-15 per cent across various sectors, while top talent can look forward to up to 30 per cent increase in pay packets. 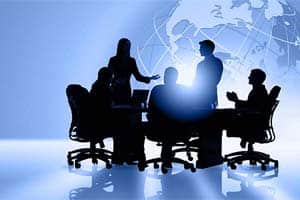 High on hope street, the job market promises pay hikes in the range of 10-30 per cent and aggressive hiring by the private sector in 2016, but a push will need to come from e-commerce and ‘Make in India’.

Another boost can come from the Seventh Pay Commission, which will trigger a big hike in salaries of the government employees, and a domino’s effect can be seen on pay packets of many in the private sector as well.

As 2015 draws to a close, HR experts and headhunters feel green shoots of ‘achche din’ were visible in the job market as hiring activities grew by nearly 10 per cent this year and broadly an upward trend was witnessed as the months passed by, barring a few blips around May-June.

Data compiled by various agencies show that the companies have doled out average pay hikes of 10-12 per cent this year while the average increment has been higher at about 25 per cent for the top talent.

For the coming year, HR experts forecast pay hikes of 12-15 per cent across various sectors, while top talent can look forward to up to 30 per cent increase in pay packets.

Some surveys have already pegged Indian companies as the most optimistic globally in terms of their hiring outlook for the new year, while the most of the hiring activities are expected in the e-commerce and Internet-related sectors, as also in the manufacturing space as the companies wait for the ‘Make in India’ projects to hit the ground.

Experts said the job market remained a mixed bag in 2015 but it was definitely better than the previous year as many companies pumped up hiring activities on expectations that the promises of a better investment climate and the government push to manufacturing industry will soon start bearing fruit.

Summing up the year in terms of hiring, executive search firm GlobalHunt MD Sunil Goel said, “Though there is lot of back-end work happening to bring the ‘good days’, it is still reflected at sentiment level only. It may start reflecting on ground level in year 2016.”

According to Antal Global Snapshot, nearly 88 per cent of companies in the country have hiring plans for 2016, while the quarterly Manpower Employment Outlook Survey puts India as the most optimistic among 42 countries in terms of hiring plans for the first three months of 2016.

According to Korn Ferry-Hay Group 2016 Salary Forecast, workers in India are projected to see a real wage hike of 4.7 per cent in 2016 — the highest in three years — while the overall salary increase is expected to be 10.3 per cent.

As per Towers Watson’ 2015-16 Asia-Pacific Salary Budget Planning Report, India is expected to see an overall projected salary increase of 10.8 per cent, while ‘top performers’ might get higher increases averaging 12.5 per cent.

“Sector-wise, e-commerce and IT sectors continue to look bullish next year. Moreover, the push on ‘Make in India’ is expected to see an uptick in hiring in infrastructure and manufacturing next year,” Sen added.

Initiatives like ‘Make in India’ can entail significant job creation in the manufacturing, automation sectors in the coming year. The plan to create 100 smart cities is expected to fuel the job growth further.

“Year 2016 will bring large number of jobs in Tier II cities with Digital India and Smart city initiatives and industries like manufacturing which has been struggling and competing with import pricing competitiveness will now have major boost and will be the largest job creator in India,” GlobalHunt’s Goel said.

He further said that the sectors like IT, ITeS, e-commerce, Banking, Financial services, logistics and transport will become support system for the manufacturing sector and will create more jobs avenues.

HR experts believe that the bullishness in hiring activities is expected to get even better and companies would dole out double-digit salary hike to attract the right talent.

In order to attract and retain key talent, the companies will need to go for higher pay and also deal with issues emanating from the Seventh Pay Commission recommendations.

According to a TimesJobs.com survey, over 70 per cent private sector employees regret working in the private sector following the proposed 23.55 per cent salary hike for the government staff.

“In year 2016, average raise of the salary will go around 12-14 per cent wherein the key performers salary hike can hit as good as 25-30 per cent,” GlobalHunt’s Goel said.

He added that along with significant rise in salaries companies would keep designing innovative benefit options to attract and retain talent like stock options, flexibility, including more diversity and creating a conducive organisation culture.

The key hiring trends of 2015 were higher use of social media and technology especially among start-ups and e-commerce firms and increased focus of companies on employee retention and this trend will continue next year as well.

“Start-ups and e-commerce firms made increasing amount of use of technology such as video interviews, online assessments tools etc resulting in speeding up the interview process and improving the quality of hire,” executive recruitment firm Antal international India Managing Director Joseph Devasia said.

Meanwhile, quality of talent in India remains a serious concern and there is immediate need for preparing and training resources as per industry demands.

Reportedly, India is among the top-five countries in terms of talent shortage with around 61 per cent employers facing difficulties in finding candidates with right skills.

“We have an unusual talent mismatch — inadequate skill sets of workforce in regions where industry is concentrated like South and West India, and not enough employment opportunities in their home regions for large working population in North and East India,” TeamLease’s Sen said.