Moody’s said APSEZ’s ratings are predicated on a reduction in the company’s existing exposure to related parties within the broader Adani group through business advances. 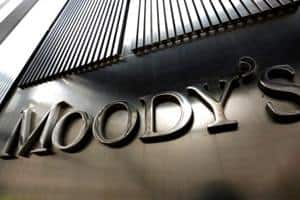 Moody's said APSEZ's ratings are predicated on a reduction in the company's existing exposure to related parties within the broader Adani group through business advances. (Reuters)

Rating agency Moody’s today said it has revised the outlook on Adani Ports and Special Economic Zone (APSEZ) to negative from stable.

The change in ratings outlook reflects the company’s lower volume growth, mainly due to lower coal volumes, and a rise in capital expenditure and financial leverage, when compared to our previous expectations.

“The sharp decline in coal cargo for APSEZ’s ports due to reduction in coal imports by India, together with some state-owned utilities shifting their cargo to Government owned ports, is likely to have material impact on the growth trajectory of APSEZ,” said Abhishek Tyagi Moody’s Vice President and Senior Analyst.

“Such a decline reduces the company’s ratings headroom.”

The tepid volume growth in FY16 was accompanied by higher debt due to increase in capex and loans and advances, it said.

The firm noted APSEZ’s plan to focus more on container volumes to offset the decline in coal volumes but added such an initiative entails a degree of execution challenge that was not incorporated in the Baa3 rating and stable outlook.

APSEZ’s financial leverage as measured by funds from operations (FFO) to debt for the year ended March 2016 was around 15 per cent, a level that is at the low end of the Baa3 (the lowest among all investment grade ratings) rating tolerance, and lower than Moody’s original expectation, it said.

APSEZ’s credit metrics will likely remain under pressure in the fiscal year ending March 31, 2017 given its substantial capex plans and the payment due on its acquisition of Katupalli port.

The ratings could be downgraded if coal volumes continue to fall, and such a decline is not offset by an increase in container volumes, resulting in the company’s financial metrics deteriorating beyond the parameters of its Baa3 ratings category, the statement said.

“In particular, Moody’s would consider downgrading the ratings if APSEZ demonstrates on a sustained basis, an FFO/debt below 15per cent-18 per cent and a cash interest cover below 2.75x-3.00x,” the statement said.

Moody’s said APSEZ’s ratings are predicated on a reduction in the company’s existing exposure to related parties within the broader Adani group through business advances.