‘Above normal’ monsoon this year after two years of drought, predicts Met Dept

Monsoon will be “above normal” this year, the Met office predicted, easing fears over farm and economic growth after two consecutive years of drought. 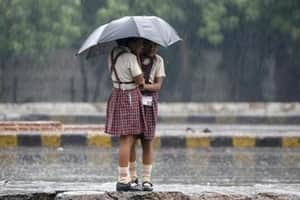 The India Meteorological Department on Tuesday said that monsoon this year will be above normal. This comes after two years of below normal rainfall and it will come as big relief for the economy and the corporate sector.

It further added that Indian monsoon may be 106 per cent of long period average this year. The Southwest Monsoon is considered as the lifeline of the Indian sub-continent.

IMD Director General Laxman Singh Rathore said, “Monsoon will be 106 per cent of the long period average (LPA). There is 94 per cent probability that monsoon will be normal to excess this year. By and large, there will be fair distribution of monsoon across the country. But North-East India and South-East India, particularly Tamil Nadu, may get slightly less than normal rainfall.”

The second monsoon forecast will be released in June.

Government also on Monday had said monsoon this year is expected to be normal and directed states to chalk out plans to boost crop acreage and production in kharif season starting June.