For the first time, farmer Kapil Kumar was required to have his fingers scanned to buy fertilizers from a grain market in the north Indian state of Haryana. 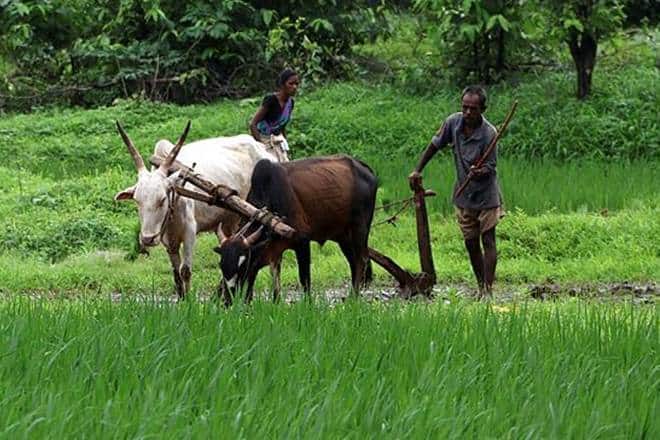 Biometric scans of farmers like 27-year-old Kumar are a key part of a pilot program by Prime Minister Narendra Modi’s government to identify final buyers of fertilizers that are important to boost agricultural output and provide food security. (Express Photo)

For the first time, farmer Kapil Kumar was required to have his fingers scanned to buy fertilizers from a grain market in the north Indian state of Haryana. Biometric scans of farmers like 27-year-old Kumar are a key part of a pilot program by Prime Minister Narendra Modi’s government to identify final buyers of fertilizers that are important to boost agricultural output and provide food security.

The plan aims to generate long-term savings by preventing the heavily-subsidized farm nutrients getting smuggled into neighboring countries like Nepal and Bangladesh and stopping their diversion for industrial purposes. It follows a program to directly provide subsidy to millions of consumers of cooking gas, dismantling a previous practice of paying suppliers to keep retail prices low.

This year’s fertilizer subsidy bill, one of the most politically-sensitive issues in India, is estimated at around 700 billion rupees ($11 billion), more than double the fuel subsidy and the biggest after food. When it comes to subsidies, the government moves cautiously to avoid irking voters in the agriculture sector that employs about half of the country’s total workforce, according to the World Bank.

For now, the government plans to continue transferring fertilizer subsidies directly to producers. However, it wants to keep an eye on the end users by linking purchases to buyers’ national identity cards. After successfully completing the pilot project, it aims to expand it to the entire country by the end of March.

“It’s more than data capturing — it’s like the government sitting with the farmer and paying the subsidy,” Dharam Pal, joint secretary at India’s fertilizer ministry, said in an interview in New Delhi. “The subsidy will be paid on actual sales. It will totally stop leakages and lead to the balanced use of fertilizers.”

Fertilizer sales in two districts of the southern state of Andhra Pradesh dropped by 15 percent to 20 percent in the year through March 2017 after pilot trials, from a year earlier, Pal said.

Under the proposed program, farmers may need to produce their identity proofs to buy fertilizers. The system could help in stopping smuggling by alerting the authorities about abnormal purchases by individuals, prompting investigations.

“The pilot trials show shortages have come down, overcharging by retailers has been reduced, diversion is down and farmers are scared to buy large quantities,” Pal said.

The government also aims to cut the subsidy bill by promoting balanced use of soil nutrients. It plans to expand an existing program of testing farmers’ fields and issuing soil health cards, which recommend an ideal composition of fertilizers for a particular piece of agricultural land.

Excessive use of urea, which accounts for more than 50 percent of the country’s total fertilizer consumption, has deteriorated the health of farmlands in many parts of the country. The nitrogen-based nutrient is the cheapest at the retail level due to the government’s subsidy of about 67 percent of the cost of production and profit charged by companies, against around 29 percent for di-ammonium phosphate and about 46 percent for potash.

Indian fertilizer makers are installing about 200,000 point of sale machines at retail outlets, according to Satish Chander, director general of the Fertiliser Association of India.

Indian Farmers Fertiliser Cooperative Limited, one of the biggest producers in the country, has installed about 50,000 special fertilizer sale machines across the country and is planning to add about 8,000 more to make up for any technical failures, according to its managing director U.S. Awasthi.

“With this system, the government can target subsidy better,” Awasthi said in an interview. “The farmers will get the product at subsidized price. When we ran the pilot, we found farmers were happy about it. I didn’t find resistance.”

India is not alone in subsidizing farm-related activities.

In China, farmers get assistance from the government to buy fertilizers, with subsidies directly reaching farmers’ bank accounts, said Ma Wenfeng, an analyst with Beijing Orient Agribusiness Consultants Ltd. The U.S. doesn’t provide any fertilizer subsidy, although crop insurance is subsidized and the government has a counter-cyclical program that pays farmers when prices are low.

Farmers in Indonesia buy fertilizers at subsidized prices from designated outlets, with the government compensating the companies, according to the country’s agriculture ministry. The government is trying a new system with several farmers’ groups on Java island to directly provide subsidy to farmers using a payment card.