Unless the new coronavirus variant Omicron plays havoc, the economy may remain on the path of recovery through the second half. 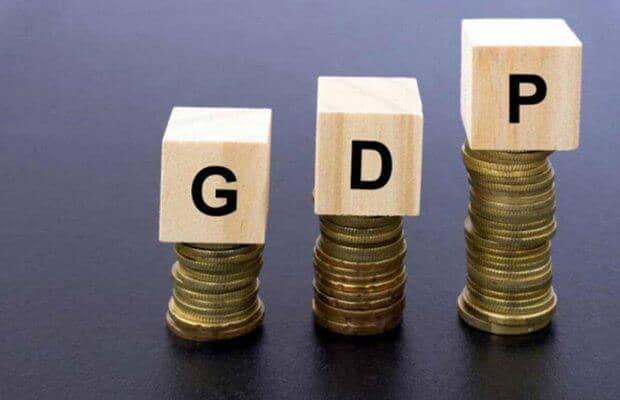 India’s gross domestic product (GDP) expanded at 8.4% on year in the September quarter, as value addition across sectors picked up moderately and help came from a favourable base (-7.4%), according to data released by the National Statistical Office (NSO) on Tuesday. Unless the new coronavirus variant Omicron plays havoc, the economy may remain on the path of recovery through the second half, and the GDP could reach the pre-pandemic (FY20) level in the current fiscal itself.

Persistently elevated level of ‘core’ inflation remains a threat to the recovery process. Companies, facing pressure on margins, could increasingly pass on the input cost increases to the consumers in the coming quarters. Though the RBI is likely to keep the policy rates unchanged in the bimonthly review next week, it may have to start tightening the monetary policy by early next fiscal, given the likelihood of rising inflationary pressures. That said, GDP in both nominal and real term remained higher by 12.4% and 0.3%, respectively in Q2FY22, than in the same period in FY20 (pre-pandemic level).

In Q2FY22, private consumption, the principal constituent of the economy was, however, 3.5% below the Q2FY20 level, while fixed investment just returned to the pre-Covid level, which was a dismal period. Private capex revival is slow and limited to certain sectors.

Government’s support to the economy via consumption and investment is helping the recovery from the troughs caused by the pandemic, although a calibration of such support is in evidence — Q2 saw the share of government final consumption expenditure in the GDP declining by almost 3 percentage points over the June quarter level. Government final consumption expenditure remained lower in the September quarter than the pre-pandemic (same quarter in FY20) by 16.8%.

High-frequency indicators post-Q2 have generally been encouraging; official data released separately on Tuesday showed infrastructure industries (core sector) grew by 7.5% on year in October, as outputs of all sectors except crude oil were higher than the year-ago level. Petroleum-refinery products and coal were yet to be restored to the pre-Covid levels.

Another aspect that augurs well for the economy is that the government’s revenue receipts, especially tax revenues, are very robust. It therefore continues to be in a position to support the economic revival over the course of the current fiscal year and enable the predicted 9-9.5% economic growth in FY22, the steepest among large economies. In doing so, it may not even precipitate a much larger fiscal deficit than 6.8% of GDP envisaged in the Budget; this seems true even if the two large disinvestment plans — BPCL and LIC — don’t materialse in the year.

Chief economic advisor Krishnamurthy V Subramanian asserted that recovery continued robustly into the second quarter, and favourable “base effect doesn’t make recovery less noteworthy”. He exuded confidence real GDP could grow in the double digit in FY22, 6.5-7% in the next fiscal and over 7% thereafter, as impact of “seminal second generation reforms will unfold”.

An industrial resurgence in advanced economies boosted India’s merchandise exports, even though bottlenecks like global container shortage and exorbitant shipping costs somewhat weighed on exporters’ ability to supply. The share of exports in GDP, in real term, rose to 23.3% in Q2FY22, against 23.7% in the previous quarter and 21.1% a year before. However, as imports surged with the recovery in domestic demand, the damaging impact of net exports was higher in the second quarter than a year earlier.

The farm and allied sector grew 4.5% in the second quarter, a stellar performance by its standard and compared with 3% a year earlier, suggesting that it remained largely insulated from the Covid onslaught. Despite patchy rainfall in August, good distribution in key areas buoyed the kharif crop prospects.

Aditi Nayar, chief economist at Icra, said the lower-than-expected growth of manufacturing, construction and trade, hotels, etc. suggests that rising input costs bit corporate margins. However, with the second quarter growth higher than the Monetary Policy Committee’s forecast of 7.9% even as uncertainty has reignited following the discovery of the Omicron Covid variant, “we expect a status quo in the December 2021 policy review”, Nayar said. “However, the tone may shift, in order to signal an upcoming change in the monetary policy stance to neutral in the February 2022 policy review.”

Dharmakirti Joshi, chief economist at Crisil, said investments (largely government) continued to remain the key growth driver while private consumption is yet to show a decisive recovery. “Also, unlike last year, net exports are again a drag on the economy,” he added.

M Govinda Rao, chief economic adviser at Brickwork Ratings, said the recovery is gathering steam and will likely grow at 10–10.5% in the entire FY22.