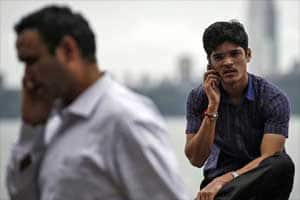 Mobile call and service rates can go up by 12-15 per cent to make up for the Rs 1,09,874.91 spectrum price telecom operators need to pay to government, industry body COAI said today.

The Cellular Operators Association of India (COAI), which represents all telecom companies that won spectrum in recent auction, contested the analysis shared by Telecom Minister Ravi Shankar Prasad and seconded by Telecom Secretary Rakesh Garg that there will an impact of only 1.3 paise per minute on call rates.

“While the industry would be happy to review this calculation by the DoT, the industry’s analysis of the financial implications of the auction indicates an increase of more than 12-15 per cent on the present tariffs, to make up for the cash outflows of the operators,” COAI said in a statement.

It said that the analysis shared by DoT does not seem to have factored in inflation, which is inevitable over a long period of 20 years.

“It is confusing for the industry, that after taking all the factors such as inflation, high spectrum costs, high cost for equipment and substantial regulatory costs, combined with low returns, how a hike of 1.30 paise per minute in tariffs would address the industry’s financial woes,” COAI said.

Telecom operators are required to make upfront payment between 25-33 per cent depending on the kind of spectrum purchased by them and rest in 10 yearly installments after two years of moratorium.

“At the current average annual inflation rate of 6-7 per cent, it seems to be a considerably hefty sum, further hiking up the tariffs significantly,” COAI said.

It said that the Indian mobile telephony industry, in terms of costs, has been investing in spectrum prices which are above the international average and operators in India pay nearly 60-70 times the cost of spectrum in other countries.

“The government also seems to have missed out on the element of interest on the debt that needs to be raised to meet the current spectrum requirements of the industry and spectrum purchases to be made in the future,” COAI said.

The industry already incurred an expenditure of almost USD 7-8 billion per annum on purchase of equipment, which is expected to increase further as a result of the revised licence conditions to roll-out networks, COAI said.

It said that Indian telecom operators pay almost 13-14 per cent of their revenues in the form of licence fee and spectrum usage charge (SUC) to the government.

“While the costs of the industry are massive, when it comes to earning revenues, the average ARPU (average revenue per user) of Indian Telecom Service Providers is merely USD 2.96, compared to an international average of USD 35-40,” COAI said.